The Civil War, fought between 1861 and 1865, was a defining moment in American history. While the war was primarily fought by men, the role of women in the Civil War was significant and multifaceted. Women played various roles during the war, including as nurses, spies, and soldiers.

One of the most important roles for women during the Civil War was as nurses. With thousands of soldiers injured and sick, the need for nurses was great. Women from all over the country, both North and South, volunteered to serve as nurses. They worked in hospitals and on the battlefield, tending to the wounded and sick. Many of these women had no prior medical training, but they learned on the job and saved countless lives. Clara Barton, a well-known nurse during the Civil War, went on to found the American Red Cross.

Another important role for women during the Civil War was as spies. Both the Union and the Confederacy employed women as spies. These women used their femininity and charm to gather information and pass it on to their respective sides. Some notable female spies include Belle Boyd, a Confederate spy, and Elizabeth Van Lew, a Union spy.

A less known but still significant role for women during the Civil War was as soldiers. Some women disguised themselves as men and joined the army, while others served as support staff for the military. Women such as Frances Clayton and Sarah Emma Edmonds served as soldiers for the Union army, while Loreta Janeta Velazquez fought for the Confederacy.

Women also played a crucial role in supporting the war effort on the home front. They worked in factories, producing goods for the military, and on farms, producing food for the soldiers and civilians. Many women also participated in fundraising efforts to support the war. They organized fairs and sold goods to raise money for the soldiers.

The Civil War also brought changes to the status of women in society. Women who had previously been confined to domestic roles were now working outside the home and participating in the public sphere. They were also given the opportunity to demonstrate their patriotism and support for their country. The war also led to the formation of organizations such as the Women’s Relief Corps and the National Association of Army Nurses of the Civil War, which advocated for the rights and welfare of women.

In conclusion, the role of women in the Civil War was significant and multifaceted. They played important roles as nurses, spies, soldiers, and supporters of the war effort on the home front. The Civil War also brought changes to the status of women in society, as they were given the opportunity to participate in the public sphere and demonstrate their patriotism. The contributions of women during the Civil War should not be overlooked, as they played a crucial role in the outcome of the war and in the shaping of American society. 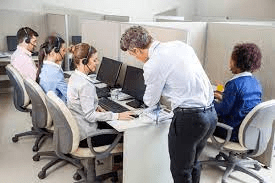 A Person of Ordinary Moral Firmness or becoming “A Reasonable Ralph”