Since its arrival in 1864 the brand new 152 ironclad Ram CSS Albemarle had proven to be a threat to federal interests along the Roanoke River. This battleship had already sank two ships; USS Miami and the USS Southfield and had helped General Robert F. Hoke’s Confederate forces recapture the town of Plymouth. During the battle of Albemarle this Ironclad ship also fought seven Federal vessels to a draw at the mouth of the Roanoke River. Plymouth had been an important supply depot for federal forces operating in North Carolina. As long as the Albemarle was stationed at Plymouth and controlled the Roanoke River, the Federal forces knew the Confederates were a threat to their naval control in the region. The only way out was to destroy the Albemarle. The task was given to Lt. William B. Cushing, a twenty-one year old officer whose feats in North Carolina had earned him minor fame in federal military circles. Cushing’s attack on the Albemarle had been dubbed the “greatest feat of arms in American military history.” Admiral Rear Samuel Lee has had about William Cushing’s exploit and he knew he was the perfect man for the job. Cushing was summoned and he was offered the mission and he accepted. Cushing had added motivation though as he was a close friend of the late LT. Commander Flusser of the Miami. This was a chance to avenge his friend’s death.

Cushing begins the mission by heading to New York City to enquire about the right type of vessel for navigating the Roanoke River. He found out that the navy was tinkering with steam launches equipped with torpedoes. These 50 feet boats were small and as such easily controllable, with a draft of about three and a half feet. By the time Cushing arrived in New York, two had already been completed. Each fitted with a small davit, with a torpedo hanging on each davit. The davit’s function was to lift the bomb and propel it headlong a few feet toward an opposing ship. Once the torpedo is out, a pull on a line trigger a ball inside the torpedo to roll onto a percussion cap. The resulting spark ignited the bomb’s explosives. This is a complex device that required the dexterity of the user. Cushing ran numerous successful trials and decided they would be sufficient for the mission.

Cushing travelled southwards by rail, while the two steam launches traveled via inland waterways toward North Carolina. However, on the way they became separated, and one ventured into Rebel-held territory in Virginia and was captured. The second launch arrived safely at Norfolk, Virginia. Although he was distressed by the loss of one of his launches, he remained undeterred.

On October 27, Cushing guided the single launch through the Albemarle canal and met up with the Union flotilla, at the mouth of the Roanoke River, terrified that the Albemarle may reappear. Apart from the men he had assembled to the launch, Cushing had also gathered a second troop of raiders. As midnight the two vessels began the slow journey up the Roanoke. Cushing knew that without the element of surprise their mission would be doomed to failure, so every care was made to pass quietly up the river.

On their way up the Roanoke River, they passed by the wreck of the Southfield with the upper works protruding above the surface of the river. The Confederates were using the ship as a lookout post. Cushing believed he could slip by unnoticed and silenced the lookouts before they raised any alarm. The heavy rain made it nearly impossible for the Union raiders to see more than a few feet ahead. As daylight approaches, Cushing’s men saw the ginormous Albemarle, protected by an enclosure of logs extending about 30 feet from the vessel. A regiment of troops was also ever present to turn out and defend her.

At this point Cushing’s vessel had not been discovered by the Confederates. He reasoned that he could capture the Albemarle, and sail back triumphantly to the Union fleet protected by the iron plating on the ship. Unfortunately, the barking of a dog alerted the Confederate forces to the arrival of the launch. Cushing then decided to go with his second plan – to ram the Albemarle, using a spar-mounted torpedo. He immediately turned his launch to the north side of the river to gain enough steam to pass over the pen enclosing the Albemarle. At about this time the crew and the soldiers on the wharf opened fire, the rifle balls whistle all around him as he stood straight, guiding his launch. He again went ahead at full force and did surge over the slippery logs of the boom. The bullets keep coming, but Cushing still stood upright in his little craft, while in his hands he held the ropes which led to the torpedo. As the boat slid forward over the boom, he brought the torpedo close enough against the somber side of the huge ram, however, the launch became stuck on the boom. Fortunately, the proximity was close enough to drop the torpedo spar under the hull of the Albemarle and immediately exploded it. At almost the same time the pivot-gun of the ram, was fired directly at him at point-blank range, Cushing pulled the last line removing the pin and detonating the torpedo.

Immediately, the Confederate ram started to sink with a large hole in her bottom. Cushing and his men dived into the river. Some were captured and two of his men drowned, but Cushing was continue to swim downstream away from the wreckage. Toward evening he came out on a small stream, near a camp of Confederate soldiers. They had anchored to the bank a skiff, and, he managed to steal this and to paddle downstream and was finally picked up at Valley City by the Federal picket vessel. With the CSS Albemarle Ironclad battleship destroyed, Federal Forces recaptured Plymouth on October 31, once again claiming naval control in the region. LT. Cushing exploits went all over the North, and he became hugely popular and was among the brightest on the honor-roll of the American navy. Lt. William Cushing was also promoted to Lieutenant Commander in the Navy. The Albemarle was later raised and condemned as a prize of war. 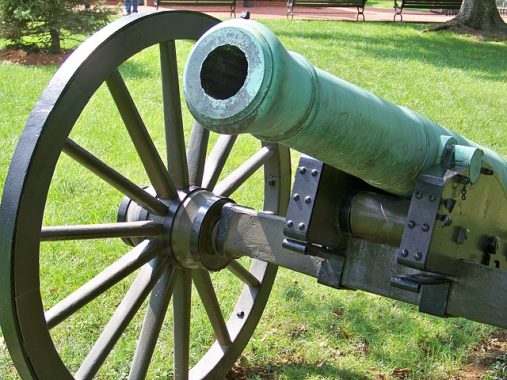 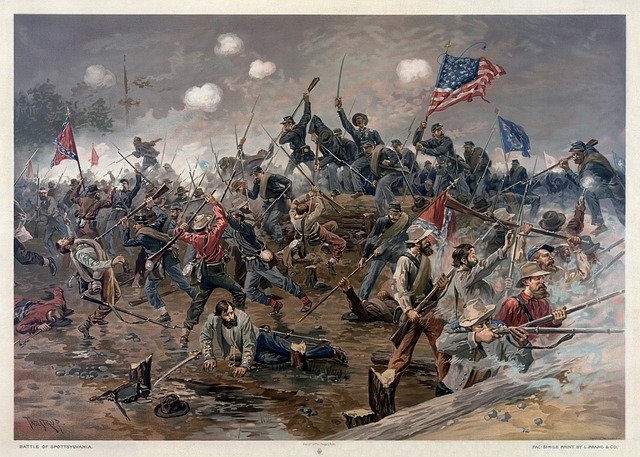 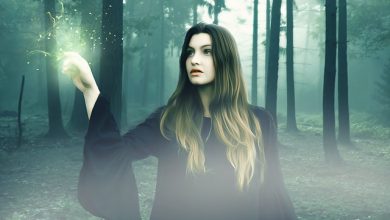