Towards the end of the Civil war, the phrase “a rich man’s war, poor man’s fight was well entrenched in the psyche of the southerners. While it is tempting to look at the Civil War through the eyes of the 21st century, living conditions were predominantly rural. The federal, state and local government entities lacked both the disposition and capability to provide services that we now take for granted. There was basically no government handouts.

Imagine yourself living in the 3 mile per hour world, where you lived and died within a 15 to 20-mile radius of where you were born. Conventional 19th-century wisdom held that a man on horseback could cover about 20 miles a day without harming his mount. Such was a typical life before the automobile, as noted by Henry Ford. Newspapers, if you could read, and local institutions such as churches were the main sources of information and therefore controlled much of your perspective.

Initially, the call for volunteers to enlist in the war proved enthusiastic, but as the war dragged on, the reservoir of purely patriotic volunteers had been effectively exhausted. To combat this lapse, America’s first draft was implemented in April 1862. In the first few months of the war, volunteers were rewarded with $100 which was paid after the soldier has been discharged honorably. In the spring of 1863, the Congress finally passed the first national conscription law authorizing the government to enlist reluctant recruits. Moreover, the bounty was increased from $100 to $300 in a bid to increase volunteering and reduce the number of men that may be forcefully drafted.

These bounties often seem to lure individuals who come from poorer families, men who are from the lower economic strata of the community. The Conscription Act also allowed some sort of exemption. Individuals that can pay a commutation fee of $300 (the equivalent of the annual wage of a laborer) would be exempted from the draft that he was chosen, although he might be drafted in the next levy. Furthermore, someone who wanted to secure a permanent exemption could simply look for a substitute who was willing to enlist and take his place. Those supplying substitute were called the principal and they had to pay a fee to the government and also a large sum to the substitute. The price for substitutes reportedly averaged $3000 and as such, only the wealthy could afford substitutes. These clauses and most notably the commutation provision reinforced the perception that the war was a rich man’s war but a poor man’s fight. The poor and working class were unable to avoid enlistment, while the wealthy citizens sent a substitute and offer bribes to officials. Furthermore, planters who owned more than twenty slaves and government officials who held positions important to the war effort were exempted from the draft.

Soldiers earning low salaries burned with rage over serving with substitutes that were richly rewarded. The distinction between status and wealth divided the American Society and this was exacerbated by the Civil war as yeoman farmers and working-class citizens pondered the war’s consequences. Farmers, laborers, craftsmen, and workers believed that they were more affected by the war compared to the members of the upper class. Although citizens of all the classes joined and supported the war, men and women of the lower strata of the society often believed that they had more to lose. Historians even pointed out that some were getting wealthy at the expense of those at war front fighting and dying.

The Civil War had run its bloody course and it was indeed bloody as an estimated 700,000 American soldiers of blue and gray surrendered their lives to define the destiny of the nation. As time passes by the scars of the mind and body were obliterated and these men aged gracefully. Of course, they have all left us now, but they gave us something to cherish forever. These men have demonstrated for all time how to fight, suffer, endure, die and forgive. In the ashes and fire of the Civil war, the strength of the common soldier stood supreme and because of this American still lives. 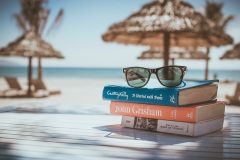 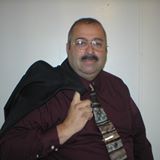 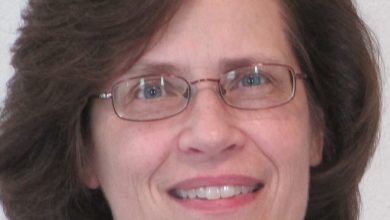