US officials are sold on Japan’s new military posture. Japan’s public might not be.

US officials this week affirmed their commitment to Japan’s plans for rapidly scaling up defense spending amid rising tensions with China and North Korea after decades of limited investment post-World War II. But despite the support of the US and other allies, Japanese Prime Minister Fumio Kishida’s plan to turn Japan’s Self-Defense Forces into an army to counter threats from their neighbors will depend on Japanese people’s willingness to pay for — and staff — the surge.

Japan’s new security posture will increase the nation’s military budget by 56 percent, from about 27.47 trillion yen over five years to about 43 trillion yen (an increase from about $215 billion to $324 billion as of market close on Friday). Historically, Japan has kept security spending low due to its constitutional commitment to avoid war, but the country does have a defense budget and has maintained the Self-Defense Forces since 1954.

US President Joe Biden, Secretary of State Antony Blinken, and Secretary of Defense Lloyd Austin met with their Japanese counterparts over the past week, putting into motion the new postures outlined in Japan’s new strategy. “We’re modernizing our military alliance, building on Japan’s historic increase in defense spending and new national security strategy,” Biden said in his meeting with Kishida Friday, telling reporters that the US is “fully, thoroughly, completely committed to the alliance.”

Blinken, in a press conference Wednesday with Japanese Foreign Minister Yoshimasa Hayashi, Austin, and Japanese Minister of Defense Hamada Yasukazu, promised that Japan, under the new security plan, would “take on new roles” in the Indo-Pacific region and “foster even closer defense cooperation with the United States and our mutual partners,” although Blinken did not specify what those new roles would be.

Kishida has cited Russia’s invasion of Ukraine as a warning of the threat Japan and other East Asian nations face from an increasingly militarized China — and has also used Ukraine’s successes on the battlefield in gaining support from international partners to explain Japan’s latest military posture.

Despite this week’s fanfare and the commitment of the US and other partners to Japanese military expansion, doubts remain as to whether Kishida can convince the Japanese people to agree to commit both the financial and human capital that his proposed scale-up would require.

Both US and Japanese leadership have attempted for years to increase Japan’s defense spending; the US under Trump pushed NATO allies in particular to increase their defense spending to the 2 percent required under NATO member defense spending protocols. Japan has long fostered close ties with NATO, in spite of not being a member state; Kishida in June attended a NATO ally summit, the first Japanese leader to do so. But increased spending and coordination don’t necessarily mean a stronger military, and the “victory laps” as one expert put it, around the announcement have overshadowed the difficulty Kishida and Japan will face in pulling the proposed expansion.

There’s no doubt that Kishida’s plan to ramp up defense spending is significant, but to frame Japan’s new posture as a 180-degree turn from pacifism is misguided. Japan does have its defense forces, and its defense budget has increased each year for the past nine years; for the fiscal year 2023, Kishida’s government approved a 26.3 percent budget increase, bringing proposed defense spending to 6.82 trillion yen, or $51.4 billion.

Already in 2023, the government plans to purchase eight F-35A Lightning II Joint Strike Fighters and eight F-35B Lightning multirole fighter aircraft, part of a much larger package of F-35s it’s set to acquire from the US. Japan will also continue its development of a sixth-generation fighter with the militaries of Italy and the UK, purchase 500 Tomahawk cruise missiles from the US as it develops its own counterstrike missile capabilities, and ramp up domestic production of missiles including a hypersonic model.

But as Tom Phuong Le, an associate professor of politics at Pomona College, told Vox, the new posture puts more emphasis on acquiring tech and weapons systems rather than recruiting people to serve. Particularly in a cultural context in which people often have good jobs by the time they graduate from university and no familial or cultural ties to military service, “what’s the incentive in joining the military and dealing with Russia, and China, and North Korea when you can have a pretty comfortable job in the regular economy?”

There’s no doubt that the security environment has gotten more dangerous, both in East Asia and elsewhere. Between China antagonizing Taiwan, North Korea testing missiles and nuclear warheads, and Russia’s invasion of Ukraine, there is reason for many nations — Japan included — to worry about the future and the possibility of conflict.

Those concerns have created an environment for proposed policy changes that “the elites have been pursuing for some time now,” according to Phillip Lipscy, director of the Center for the Study of Global Japan at the University of Toronto. “The willingness of the Japanese public to go along with a more muscular defense has probably changed, or at least the leadership has perceived that public sentiment has changed in part due to the war in Ukraine.”

But, as Mike Mochizuki, associate professor of political science and international affairs at George Washington University, explained, the circumstances in which Japan would be pulled into direct conflict with either North Korea or China are very limited; “North Korea is not going to attack out of the blue,” he said, and China’s threat to Japan isn’t a direct attack. “The threat is […] a military conflict over the Taiwan Strait and because of Japan’s geographic proximity, because of the US-Japan alliance, and because US military assets in Japan are seen as critical for any kind of viable US military intervention in the Taiwan crisis — because of that, if there is any kind of Taiwan conflict, there is a high probability that China would attack Japanese territory.”

Kishida’s plan to increase defense spending means he’ll likely have to raise taxes — a difficult prospect given Japan’s aging population, whose care is requiring an ever-increasing share of resources. Japan’s public debt in comparison to its GDP is already the highest of any G7 country, and has been since 1998; increasing the debt burden could strain the Japanese economy.

Kishida himself is unpopular, tainted by the scandal of his deceased predecessor Shinzo Abe’s and the ruling Liberal Democratic Party’s (LDP) alleged association with the Unification Church, Phuong Le and Mochizuki told Vox. Revelations of the links between the Church, which many in Japan see as an extortive cult, and the government after Abe’s assassination in July torpedoed Kishida’s popularity. Should he decide to hold an election prior to his proposed tax hikes, as he said in late December he likely would, it could essentially be a referendum on that proposal. If that happens, “there are many Japanese saying [Kishida’s] not going to last very long,” Mochizuki told Vox.

As Mochizuki explained, “Kishida himself is quite moderate, and he comes from the faction knowns as the Kochikai, which has been more moderate on defense issues, much more open to stable relations with China, and his foreign minister, Hayashi, has those same views.” However, Kishida’s unpopularity has pushed him and Hayashi toward the more hawkish elements of the LDP. “He’s basically acquiesced to the defense side of things,” Mochizuki said.

“What Kishida’s been trying to do is to get Biden to embrace him,” Mochizuki said.

That political environment, combined with pressure from the US and legitimate regional threats “makes it more likely that Japan is going to take bigger steps,” as Phuong Le said. And though US officials have demonstrated their solid commitment to the US-Japan alliance this week, plans for Kishida’s government to realistically implement the proposed changes have come up short, Phuong Le said.

“Both sides aren’t talking about it because they don’t have solutions.” 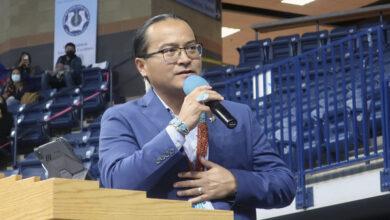 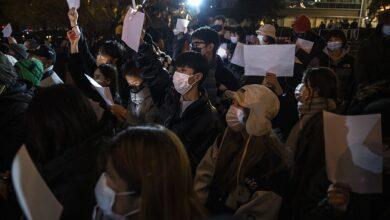 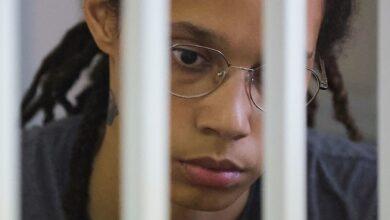 Brittney Griner’s Lawyers Don’t Know Where She Is, But Say She’s Been Sent To A Penal Colony 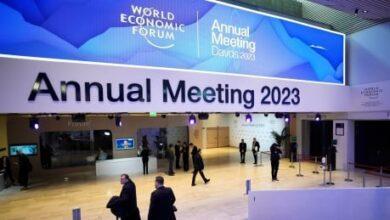