Avatar: The Way of Water is an enormous success, both critically and commercially. Once again, James Cameron has demonstrated his incredible knack for crafting big-budget spectacles that resonate with audiences. What’s his secret? Why do people return to Pandora despite Avatar’s lengthy runtime, lack of superstars, and simplistic narrative? I have some ideas.

Luring people from their comfortable homes into a theater takes a lot. In this day and age of endless streaming content, it’s easy (and cheaper) to kick back on the couch and enjoy the latest and greatest flick on an expensive big-screen 4K TV, especially when most films hit digital platforms a few weeks after release. Who would want to spend the time and energy to watch Babylon in theaters when you could stay home and check out the latest Knives Out movie?

I’m guilty of this mentality. I ventured to theaters only a handful of times this year for The Batman, Doctor Strange, Top Gun, Jurassic World, Violent Night, and … Downton Abbey … for the wife, I swear! That’s it. I didn’t even see Steven Spielberg’s latest film until it hit Google Play over Christmas.

Yet, I happily shelled out the dough for Avatar: The Way of Water. Why? Because it promised something bigger and bolder than I’d ever seen. Thankfully, James Cameron was true to his word. Avatar‘s second chapter is a spectacle of epic proportions that absolutely must be viewed on the largest screen imaginable. Sure, it’ll look great on my TV at home, but the larger-than-life set pieces, stunning visual effects, and incredible action are worth the increased price of admission to watch it on Imax or AMC’s Dolby Cinema. The scene in which the Resources Development Administration’s whaling ship leaps over a group of rocks is one of the most incredible visuals I’ve ever witnessed, and the big finale, when Jake and Quaritch engage in a knife fight aboard a sinking ship, is one for the ages. Seriously, while the film is earning a lot of praise from critics and audiences, I still don’t think it’s getting its just do — this is unbelievable stuff, people. In fact, I’d call it a once-in-a-lifetime cinematic experience if Avatar 3 wasn’t lingering right around the corner.

Many people feel the same way, which is why the picture quickly leaped to the top of the box office charts.

Put it this way: I wanted Cameron to dip his toes in other properties before The Way of Water. Now, I cannot wait to see what other treats lay in store for us on Pandora. I hope Disney Star Wars is paying attention: this is what that galaxy far, far away should resemble.

Also, as an aside, nearly every one of my screenings has been jam-packed and rarely does anyone ever get up for refreshments or a bathroom break. Think about that for a second: hundreds of people are watching a three-plus hour film and staying in their seats for the entire duration. That’s incredible.

Many people found fault in the original Avatar borrowing elements from age-old stories like Pocahontas and Dances with Wolves, but I’ve always considered the film’s simplicity its greatest strength. Most filmgoers don’t want complicated. When you look back at some of the all-time box office grossers — Star Wars, Jaws, Cameron’s own Titanic, Jurassic Park, Independence Day, or any of the Marvel films — many feature very simplistic plots: Boy teams up with a wizard to save a princess from bad guys; a shark terrorizes a small island community; a boy and girl from different classes fall in love on the doomed Titanic; dinosaurs run loose on an island; Aliens attack Earth/Earth fights back; superheroes make jokes and fight [insert villain of the week].

There is a time and place for intricate storylines, but less is more when appealing to a general audience eager to kick back and have a good time. Still, you have to resonate on a deeper level with audiences. Visuals and spectacle alone will only carry a film part of the way; there has to be more, which brings us to …

What Cameron does better than any other writer/director (of the blockbuster variety) is create likable characters worth rooting for. While The Way of Water doubles down on plot points established by its predecessor and keeps its storylines simple and relatively predictable (we all knew Neteyam was a goner, right?), the characters are infinitely more exciting and relatable on this go-round. Who hasn’t had to move to a different town/city/school and start anew? What father hasn’t struggled to protect his kids from outside dangers? What mother hasn’t chastised her children for their mistakes? The characters of Avatar are giant blue aliens, but Cameron drops them inside relatable stories.

Sure, it’s simple stuff, but part of the fun of a movie is finding a character with whom you can form a connection. As a dad, I appreciated Jake’s plight while my daughter latched onto Kiri, my youngest daughter to Tuktirey. Younger audiences will likely dig Lo’ak’s relationship with Payakan, while older audiences will get a kick out of Neteyam’s numerous efforts to protect his bro. So there’s someone for everyone to connect with on a personal level, which is one of the main reasons audiences of all ages keep going back to the cinemas to watch this thing.

The Way of Water won’t win any points for originality (aside from its luscious visuals). Still, much like Titanic and the original Avatar, the characters do enough to tunnel into our hearts and make us care when shit starts to go down.

Cameron’s films have always featured not-so-subtle politics. However, they are politics most will agree on. Few would oppose a message about cleaning our oceans or saving whales — a safe, simple statement that doesn’t rock the boat in either direction. Cameron cobbles together a message everyone can get behind, which is refreshing in our current political landscape.

He also wags a finger at greedy Earthlings for trying to colonize Pandora but at least gives them a reason for their actions: Earth fell into decay long ago, you see? Humans need another place to pitch their tent, and Pandora has everything they need. Cue the struggle. Cameron never justifies the RDA’s actions but raises an interesting question for audiences: would you welcome an anti-aging potion even if it meant slaughtering alien whales on a moon millions of miles away?

Avatar is more intricate than many are willing to give it credit for; its battles are more nuanced than good versus evil. The scene where a group of RDA whalers hunts and kills a mother tulkun and her calf hits hard enough to cause us to root against our species for the film’s last hour, which is a difficult feat for any writer/director to achieve successfully. Yet, Quaritch’s mission is to bring Jake to justice for his complicity in the deaths of hundreds of human soldiers.

Cameron has already stated that he plans to show good humans and bad Na’vi in Avatar 3; one can see how The Way of Water perfectly sets up this idea. Hopefully, the payoff is worth it!

Another exciting thing about Cameron is the way he presents his stories. The Way of Water’s massive runtime flies by because he continually introduces a unique new element every thirty minutes or so. Every time a plot point starts to linger a little too long, we move on to a new conflict that immediately grabs our attention.

The film begins in the forests of Pandora, where we meet the Sullys, our new Quaritch, and witness a pair of spectacular set pieces. Just as the forest grows stale, Cameron relocates the entire story to the ocean village of the Metkayina clan, where the Sullys learn the way of water, meet new friends, and engage in conflicts with the inhabitants. After staring at fish for a while, Cameron introduces the Payakan/Lo’ak storyline, which kicks the picture into an entirely new gear. Kiri’s seizure unintentionally lures Quaritch to Jake’s location, and our resident villain begins burning nearby villages. When the villagers refuse to surrender Jake, Quaritch orders the RDA to hunt and kill a mother tulkun and her calf to draw his enemy out. Naturally, Lo’ak goes to help Payakan, who is marked for death, ushering in the exciting third act that finds unique ways to entertain despite lasting over 45 minutes.

Is anyone else in Hollywood capable of structuring a three-plus hour film more expertly than Cameron? He did the same with Titanic and Avatar, but the maestro outdoes himself here. From start to finish, The Way of Water holds our attention, which is challenging in this day and age of cell phones and endless entertainment. Even terrific films like The Batman and Dune drag in certain parts — there are moments you must get through to get to the best bits.

Every scene in Avatar is fantastic; the last time I felt this way about a film was Return of the King, way back in 2003. Now I just talked myself into seeing it again!

The post Why Avatar: The Way of Water Is Connecting With Audiences appeared first on ComingSoon.net – Movie Trailers, TV & Streaming News, and More. 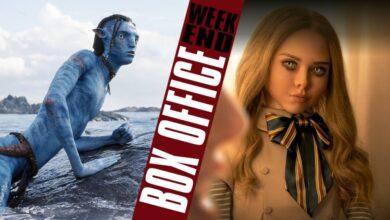 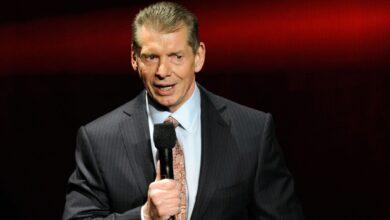