The number of travelers on the move for the Thanksgiving holiday is up with airports expected to screen as many as 2.5 million passengers nationwide today, and possibly surpass that number on Sunday, Nov. 27, according to the federal Transportation Security Administration.

“We expect to be busier this year than last year at this time, and probably very close to pre-pandemic levels,” said TSA Administrator David Pekoske. “We are prepared to handle the projected increase in travel volumes.”

People are eager to get back to their holiday rituals after years of pandemic restrictions, but what happens if just as the holiday approaches, you find yourself sneezing, sniffling, coughing and maybe even testing positive for a COVID-19 infection?

“The name of the game for the last couple of years has been COVID, COVID, COVID. And now there’s a lot less masking and a lot less distancing,” said Laura Murray, an intensive care medicine specialist from the Cone Health Medical Group in Greensboro. “People are, you know, rejoicing and being in public together, maybe not being as careful about covering coughs or masking.”

At this point in the pandemic, the worry is likely not so much about COVID, but about the other respiratory viruses that have been circulating with a vengeance. For older friends and family, or people who are immunocompromised, flu and RSV (respiratory syncytial virus) are real dangers.

If you’re sick this week, it’s likely that you’ll be sick on turkey day. So, the question becomes, should you stay at home? Or go? And if you go, how should you act?

A surge in RSV, flu

Pulmonologist Brad Drummond who works at the main UNC Hospital in Chapel Hill said there’s a steady trickle of coronavirus cases in the intensive care unit, but it’s only one or two beds out of 30.

“During the Delta wave, it was ‘you’re young and healthy and sick as stink,’” he told NC Health News last week. “The COVID that’s being admitted now is ‘you’re on chemo or have chronic immunocompromised condition.’”

Instead, it’s Flu A that’s making people sick. To him, it felt like it was doubling every week.

He’s not far off. Positive flu tests went from being about two percent positive  reported to North Carolina’s hospital-based surveillance network in the beginning of October to being 27 percent positive in the week ending Nov. 12.

“Not all of them are hospitalized, but we’re seeing increased hospitalizations,” Drummond said. He noted this time of year is always busy because of the flu, but it’s been extra busy this year.

“RSV really kicked in before Flu A,” he said. “It’s been up for several months, at a high steady rate, mostly in pediatrics cases and in some immunocompromised adults”

Pediatric RSV rates are so high that last week UNC Hospital opened up a pediatric surge ICU for the first time. UNC Health spokesman Alan Wolf said the system is experiencing “an overwhelming demand for more pediatric beds as UNC Children’s Hospital in Chapel Hill is currently at capacity due to high RSV and flu volumes.”

At UNC Hospitals in Chapel Hill last week, Wolf said they confirmed about 430 flu cases as well as 185 RSV cases.

RSV is the most common cause of pneumonia among infants and it’s the leading cause of pneumonia deaths for babies in the first six months of life. The disease makes a child very sick because their airways are small and easily compromised.

The respiratory virus can also make an adult pretty sick, especially older adults and people who are immunocompromised, and can lead to pneumonia, especially if the person has asthma or chronic respiratory or heart problems.

Unlike COVID-19, though, which often came with few or no symptoms, people who have flu or RSV feel and appear sick. So, that’s a signal to perhaps mask up, isolate and stay home from work and school.

Or a holiday meal.

Murray said part of the answer to the question of what to do about the holidays depends on who is going to be sitting around the table. If there is an older relative in attendance who might be at risk, then it’s time to ask other guests about their health, like that relative with a new cough.

“If he’s coughing, or he’s got some new respiratory infection, or symptoms, you could suggest that he not come or that we keep a distance if he comes,” she said. “You could, as a host, have a conversation with more or less success, but you could at least put it out there.”

Murray said that vulnerable family members also have to weigh the risks of attending  a Thanksgiving dinner against their desire to see people after a long two years.

She and Drummond both noted that for many of the people who end up in an ICU with an RSV infection or flu, it’s the underlying diseases that are the primary causes of serious illness.

When it comes to COVID infections, people who are immunocompromised have reason to remain concerned. Newer variants of the virus are less responsive to some of the monoclonal antibodies that have successfully been used to provide both preexposure prophylaxis (Evusheld) or post-exposure treatment. In many parts of the country, these treatments are becoming less and less effective.

For Shmuel Shoham, a professor from the Johns Hopkins University School of Medicine, there’s still enough oomph in the monoclonals to merit getting them for people with suppressed immune systems.

“Something like 30 percent to 40 percent of the variants that are out there are still susceptible to Evusheld,” he said during a webinar last week. “In my mind, a low toxicity drug that’s effective at 30 percent is better … than 0 percent.”

What Shoham suggested is creating a “cloud of protection” around people who are vulnerable, especially older people whose immune systems weaken with age or people on chemotherapy. That can include a combination of isolating and testing before seeing someone vulnerable, masking and social distancing, all familiar routines by now.

“If you’re gonna hang out with grandma, no matter what, you’ve got to be careful, even if you’re fully vaccinated,” said David Wohl, an infectious disease specialist from UNC Health. “We know that the vaccines are really good at preventing us from getting really sick. We know that vaccines are pretty okay at preventing us from even getting infected, but they’re not perfect.”

For people who are vaccinated and worried, the risks from a COVID infection are diminishing.

But a lot still depends on overall health status.

“Part of the problem with advising folks is that everyone is a little bit different, and some people are a lot different,” Wohl said. “If you’re somebody who is unvaccinated, or hasn’t seen the pointy end of a vaccine in over a year, you might be more vulnerable to severe COVID 19 than people who are more recently vaccinated or more recently infected.”

For someone who’s been vaccinated, or who’s had several COVID infections and who doesn’t have underlying conditions, Wohl said the risks of them getting really sick is “extremely low.”

And if they do get sick, Paxlovid still works at keeping people with COVID from getting really sick, being hospitalized or dying.

“For most people, Paxlovid is a great idea if you’re at risk for getting sick,” Wohl said. “But a healthy person in their 50s without underlying conditions, vaccinated to some extent and/ or prior infections probably doesn’t need Paxlovid.”

Wohl said that COVID remains something of a risk, a shape-shifting enemy that makes it hard to keep up, which is why he got one of the new bivalent vaccines as soon as he could.

“It’s an attempt to try to catch up, people shouldn’t scoff at that,” he said.

In the end, vaccination remains the best protection, Wohl said. That, and trying to avoid getting COVID, RSV or flu, which means that masks could be part of our holiday gatherings for some time.

The post Should I skip the Thanksgiving gathering if I feel sick? appeared first on North Carolina Health News.

11-year-old girl shot in the neck with BB gun: Here’s why doctors won’t remove the BB 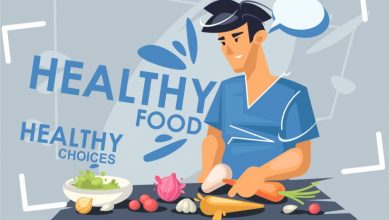 How Can Diet Help You Reduce The Risk Of Prostate Cancer?