But the ever-present risk of escalation that is.

Poland has said that a missile that killed two people in a Polish town was likely an accident, potentially fired from Ukrainian anti-aircraft defense systems, a conclusion that defused hours of tension over the source of an explosion within NATO territory.

A full investigation into the source is still ongoing after what appears to be an S-300 missile exploded near Przewodów, a town near the Ukrainian-Polish border on Tuesday. That day, Russia had unleashed a barrage across Ukraine, sending scores of missiles toward Ukrainian territory, much of it targeted toward the country’s infrastructure. When the missile was reported in Poland, it immediately raised the possibility that it may have originated from Russia — whether by accident or intentionally — and with it, the possibility of an escalation in the Ukraine war if NATO were forced to respond.

Right now, NATO allies are largely lining up behind Poland, saying this was likely an errant Ukrainian missile, with little indication it came from Russia. (The S-300 is a Soviet-era missile, and both Russia and Ukraine use them, along with some other European countries.) The White House, in a statement from National Security Council spokesperson Adrienne Watson, said that the US has “seen nothing that contradicts President [Andrzej] Duda’s preliminary assessment that this explosion was most likely the result of a Ukrainian air defense missile that unfortunately landed in Poland.”

Still, the United States, Poland, and other allies were quick to point out that even if Ukraine was the source, it was an accident made possible because Russia once again unleashed an onslaught on Ukraine. “Ukraine had — and has — every right to defend itself,” the White House said.

Ukraine, however, has been reluctant to accept this conclusion. “I have no doubt that it was not our rocket,” Ukrainian President Volodymyr Zelenskyy has since said. Ukraine has indicated that it wants to be closely involved in the investigation. (Russia, meanwhile, was quick to deny any involvement and has since summoned the Polish ambassador.)

For now, however, what could have been a potentially volatile and unpredictable situation looks largely resolved, even as it is a reminder of the ever-present risks of an intentional or accidental escalation as the war continues alongside NATO’s borders.

A close call that is alarming, but maybe not all that surprising

Though there have been other close calls in this war, this is the first on NATO soil. NATO’s official response was a careful balance: waiting for more information, but also coordinating closely among leaders. The tempered responses made clear a prevailing desire to avoid ramping up tensions. Many heads of NATO-allied countries were already gathered in Indonesia for the G-20, and so met there. NATO ambassadors also met, as did European Union ambassadors. Poland called a national security meeting to address, as it continued to coordinate with partners.

JUST NOW at G20
Biden speaks on missile that landed in Poland pic.twitter.com/FUDlIKaj5R

“NATO, Polish government, and our allies performed pretty well in the following way: The cool heads prevailed,” Michal Baranowski, senior fellow and director of the German Marshall Fund’s Warsaw office, said on a call with reporters. “There could have been, and there certainly was, a lot of immediate rush to conclusion that this was a deliberate strike from Russia. This would be an act of war, and it would require NATO to respond.”

An act of war it does not appear to be, at least based on the initial investigation. Poland, of course, is a member of NATO, an alliance undergirded by the idea of collective defense. In the aftermath of the attack, some (mostly on Twitter) began speculating that Poland might “trigger” Article 5, which basically says an attack on one is an attack on all. As many pointed out, this is a political decision — it’s not like all of a sudden, boom, you go to war — and usually very, very heady consultations and discussions happen among alliance members before even getting to that very serious point. Article 5 has only been invoked once in the history of the alliance, in response to the September 11, 2001, attacks on US soil.

Article 4 of the treaty is the formalized mechanism for consultations, where countries get together and discuss when one or more members feel threatened, and figure out a course of action. (A bunch of Eastern European NATO members invoked Article 4 after Russia invaded Ukraine.) Article 4 is a deliberative tool that is supposed to find some offramp to armed conflict.

In the end, Poland did not invoke Article 4, as some thought Warsaw might, mostly because as tragic as the situation and civilian deaths are, the strike appears unintentional, and likely not even a Russian-fired missile.

And yet, the missile — whatever its origins — was very much a reminder of how the conflict in Ukraine is operating on a razor’s edge; even a miscalculation risks spiraling this war into a wider conflict, potentially between two nuclear-armed actors.

Russian President Vladimir Putin, too, has repeatedly framed this as a proxy war between Moscow and Washington and the rest of the NATO alliance, and has made explicit threats against the West. His warnings about the use of nuclear weapons add weight to questions of how the West should respond and deal with Russia.

The United States and its NATO allies have always maintained they will not directly involve themselves in the conflict or commit any troops. But Ukraine’s fight and economic survival largely depend on support from the West, and the longer the war goes on, the deeper the military and financial commitment. The West’s decision to supply advanced artillery to Ukraine has helped forces retake territory claimed by Russia; the anti-air systems that Ukraine is relying on to defend its skies are also Western donations.

Ukraine, as NATO leaders said, has the absolute right to defend itself from Russian aggression and brutality, but it would be a lot harder to do without the backing of the West. And Tuesday’s incident is unlikely to change the calculus much; Russia launched nearly 100 missiles toward Ukraine, targeting already vulnerable civilian and energy infrastructure, and that will likely only intensify discussions about the West donating even more defensive systems and other advanced military equipment.

“Russia is facing setback after setback on the battlefield, and Russia is putting Ukrainian civilians and civilian infrastructure in its gunsights,” US Defense Secretary Lloyd Austin said in a statement during opening remarks at a meeting for the Ukraine Defense Contact Group, which helps coordinate support for Ukraine among partners. “Both of those things only deepen the resolve of this Contact Group. And they only intensify Ukraine’s determination.”

But for as long as the war continues, so does the risk of escalation. NATO’s cautious and deliberative response is a sign that the alliance and its members are very, very careful about avoiding a more direct confrontation with Russia. As NATO Secretary-General Jens Stoltenberg put it: “NATO is prepared for situations like this.” First, to prevent them from happening, but if it can’t, then to “ensure that they don’t spiral out of control.” 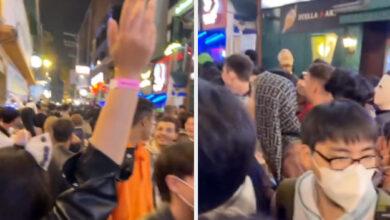 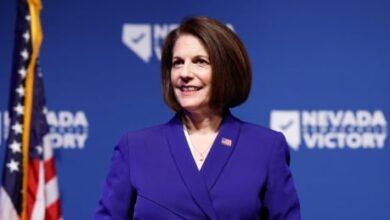 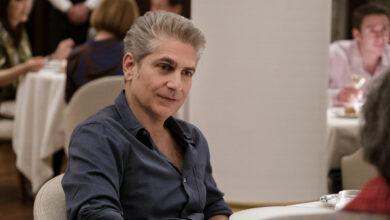 Michael Imperioli is back (after never really going away) 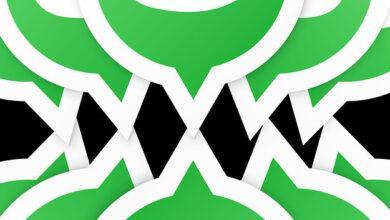 3 weeks ago
By Admin
Tradewinds Magazine