After meeting China’s leader Monday, Biden told reporters he believes “there need not be a new Cold War.”

For the first time as president, Joe Biden met President Xi Jinping in person on Monday at the G20 summit in Bali, Indonesia. The stakes couldn’t be higher, and both leaders want the world to know they understand that.

“As the leaders of our two nations, we share a responsibility, in my view, to show that China and the United States can manage our differences, prevent competition from becoming anything ever near conflict, and to find ways to work together on urgent global issues that require our mutual cooperation,” Biden said Monday.

Xi echoed that, saying the two countries needed to better meet the world’s expectations: “We need to find the right direction for the bilateral relationship going forward and elevate the relationship,” he said.

Biden arrived having recently amped up the economic war on China, with tensions over Taiwan high, and much of Congress standing behind this more bellicose posture. Bipartisan quarters in Washington have largely internalized a hawkish view of China that sees the country as a rising power that the US needs to win against, whatever exactly winning means. A series of escalatory measures has led some on the Chinese side to get the sense that the US policy of containment is back. The Biden administration has, in many ways, doubled down on former President Donald Trump’s approach to countering China. What’s been missing is an affirmative vision of what “winning” against China would look like.

The two have talked on Zoom in the past two years, and had met extensively during the Obama years. But for their first in-person meeting, the White House had set remarkably low expectations. “I don’t think you should look at this meeting as one in which there’s going to be specific deliverables announced,” national security adviser Jake Sullivan told reporters last week.

Instead, their sit-down was spent trying to define the bounds of the increasingly tense relationship. In a three-hour meeting, the two leaders discussed Taiwan, the war in Ukraine, and several other topics, according to readouts from each country. Biden told reporters Monday that he and Xi had agreed to have Cabinet secretaries and other high-ranking officials meet to continue discussing unresolved issues.

The meeting encapsulates the accentuated set of strains that now define the US-China relationship — and how important it is to maintain the current power balance, however tenuous it is. Détente, let alone a new conception of stable and productive relations, seems a far way off.

“To put a fine point on it, it’s an inflection point, because the relationship stands at a point at which it could spiral downward very, very rapidly,” Evan Medeiros, a Georgetown professor who served on President Barack Obama’s National Security Council, said last week. “There is a 1950s quality to the US-China competition.”

For Biden, whose foreign policy outlook is very much driven by personalities and personal relationships with world leaders, the Xi meeting was an opportunity. Few heads of state have banked so many hours getting to know the Chinese leader. (Biden said Monday that he found Xi “the way he’s always been.”)

But tensions between the US and China are decidedly higher than when Xi and Biden first met as then-vice presidents of each of their countries.

The dangers have especially peaked around US policy toward Taiwan. In addition to House Speaker Nancy Pelosi’s August visit to the democratic island nation that China claims as its own, Biden has four times said that the US would defend Taiwan should China invade it, in contradiction of the stated US policy of strategic ambiguity. Earlier this week, a senior Department of Defense official emphasized that US policy toward China has not changed and that there have been no new developments in how the US sees Taiwan under its longstanding “One China” policy.

Medeiros said that the “sloppy way” the Biden administration has managed Taiwan policy would make the visit more difficult. “It’s statements and actions by the State Department and statements by the DOD,” he told me. “The Chinese are less concerned about Americans coming to Taiwan’s defense and more that the US is trying to move away from the One China policy and as a result, give Taiwan greater incentive to move in that direction.”

During Monday’s meeting, Biden told Xi the US hasn’t changed that “One China” policy, but also warned that China’s “coercive and increasingly aggressive actions toward Taiwan … undermine peace and stability,” per the US readout. Xi countered, per China’s readout, that while Beijing has “always strived for maintaining peace and stability in the Taiwan Strait,” Taiwanese independence “is as incompatible” to that goal as “fire and water.”

One concern is that the US, by focusing on countering China’s influence, may end up trying to out-China China, according to Cornell political scientist Jessica Chen Weiss. She has warned of the US mirroring China’s actions, and in so doing, falling into traps of zero-sum competition, such as overly protective economic measures, anti-Asian hate-mongering, and intensely militaristic rhetoric. Those tactics end up being detrimental to US interests.

“Even though both governments have sought to prevent direct military escalation, recent statements and actions by both sides have contributed to the action-reaction cycle that has put the two countries on a collision course, particularly over Taiwan,” Weiss, who recently spent a year in the State Department, told me in an email last week. “In this context, their first face-to-face meeting represents an important opportunity to stabilize the escalatory spiral in US-China relations, though such efforts will take time to bear visible fruit.”

The background dynamic, beyond US policies focused on boxing out China’s tech prowess that further heighten competition, is a world where US power is changing. The war in Ukraine has exposed the remarkable depth of American alliances in Europe and Asia, while at the same time highlighting the limits of the US as a unilateral superpower and its strained clout in the emerging non-aligned countries of the Global South. As Biden visits the G20 meeting as well as the Association of Southeast Asian Nations summit, it’s worth emphasizing that the era of the US as the indispensable nation, in former Secretary of State Madeleine Albright’s coinage, is history. At this moment, the US depends on alliances and cooperation more than ever.

Keeping channels of communication and negotiation open between two world powers is a good unto itself. But experts warn that today’s summit can only do but so much.

“There are an increasing number of issues that the United States and China just cannot agree on,” Tyler Jost, a professor who researches China’s foreign policy at Brown University, told me last week. “As such, you can try to put in place a series of release valves or safety nets that try to manage the tension, but the fundamental tension is pretty well locked in, and the structural reasons behind it have not changed.”

Coming from the UN’s COP27 climate summit in Egypt, where Biden warned of a “climate hell” if the US and its partners don’t get their act together, there is an urgency to advance dialogue with China over planetary issues that transcend so-called strategic competition.

As CIA director Bill Burns said this summer, “The People’s Republic of China is the biggest geopolitical challenge that our country faces as far ahead in the 21st century as I can see, [and] the biggest existential threat in many ways is climate change.”

Update, November 14, 11:15 am: This story, originally published November 13, has been updated to include information about Xi and Biden’s meeting and their public comments about it afterward. 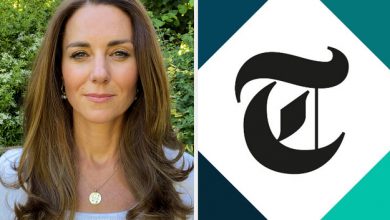 A British Newspaper Deleted A Critical Column About Kate Middleton 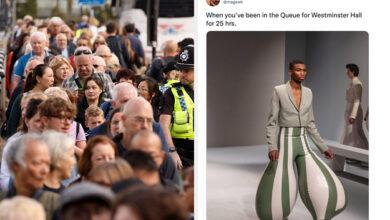 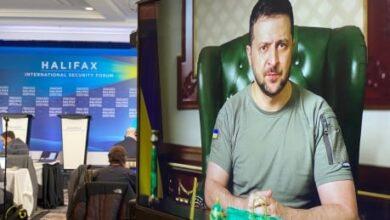 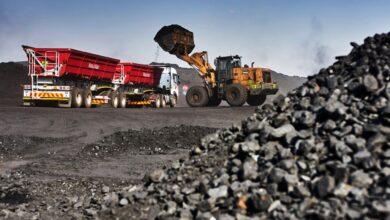 The case for and against more fossil fuels in developing countries