Few publishers have had as good of a run as Capcom over the last generation. With a commitment to its legacy titles and ability to keep them fresh in the modern day, it has set an example that other publishers should copy. The company’s Tokyo Game Show lineup of Resident Evil Village‘s DLC, Street Fighter 6, and Mega Man Battle Network Legacy Collection demonstrates this commitment to quality and variety, as its slate was as different as it was great. Capcom isn’t releasing a new Resident Evil in 2022, but it is adding a ton of DLC to Resident Evil Village, one of the series’ best entries. Shadows of Rose, the story-focused part of the DLC, is the biggest addition to the three-pronged package and the one Capcom was the most open about.

Rose, Ethan’s daughter, is the protagonist, which is easy to see since the DLC can only be played in third-person. The camera angle makes it seem like it would be more like the Resident Evil 2 and 3 remakes and it does share a lot of similar DNA but with a few differences. Aiming and shooting are quite familiar, but movement is more in line with Village. Rose’s walking speed is comparable, but she backpedals at such a sluggish pace that she may as well be standing completely still.

This small tweak changes the flow of combat just a bit, as it means that players will have to stop aiming and move around more often; something it shares with Village’s campaign. Losing mobility will take some adjusting, but that doesn’t automatically mean it will be a net negative. Some of the best Resident Evil games don’t even let players move and shoot at the same time, after all.

RELATED: Resident Evil Showcase Announced for Next Month, RE4 Remake Coming to PS4

And while gunplay is not completely out of the series’ wheelhouse, players will be able to experiment with a new power in addition to using traditional firearms. Rose’s abilities let her freeze foes while focusing on them, a weird mind power that also lets her melt certain goopy obstacles for extra items and shake off enemies that have grabbed her. This power gives this DLC a bit of a twist since it means players don’t just have ammo to worry about.

Capcom was rather secretive about this power, so it remains to be seen how it will shake out in the full experience. Blasting foes with magic is something different, but the enemies in the early parts of the game — while creepily designed with white, rotting flesh — were hardly more than standard, shambling zombies in all but name. Hopefully, it has a more diverse bestiary, something it probably needs more than the base game since this DLC takes place in (or mostly takes place in) the same hallways of Castle Dimitrescu, albeit with significantly more blood-red goo.

Recycling areas and characters (like the jolly, obese merchant who is just as obese, but evil for some reason that doesn’t fit his personality) is a little worrying, as is its more serious tone. Village was a wickedly well-paced adventure that thrived on variety, not overstaying its welcome, and its endearingly cheesy narrative, and it’s unclear if Shadows of Rose will be able to have those same strengths. It is borrowing some elements from the base game while diverging from it in key places, and that’s a balancing act that, ideally, the full experience can achieve. Street Fighter IV cast a long shadow that Street Fighter V did not live up to for multiple reasons, but that opened the door for Street Fighter 6 to be a hungry underdog that needed to come out swinging. The game has shown well in its few early trailers, but it’s also as impressive in person.

The more street presentation is one of the first striking parts about it because of how much it fits the “Street” part of its title. Menus are not only elegantly designed but also awash with graffiti, thumping beats, and neon colors that pop and have such a cohesive personality. This translates to the matches, too, since the transitions to the fights are quite flashy and visually appealing. Load times are also quite short even at this early stage and the walkout animations are more exciting than a typical load screen. Rematching is also almost instantaneous (at least on PlayStation 5). The game has an energy to it and just moves so smoothly.

It’s impossible to truly grasp the depth of a fighting game’s mechanics during a pre-release session, but its movement and general systems feel smooth and responsive. The Drive gauge also seems to give players a huge variety of freedom since it can be spent on offensive moves like Overdrives that are enhanced specials and defensive moves like parries, Drive Impacts that can absorb attacks and pin opponents, Drive Rushes which are cancels, and Drive Reversals that quickly poke back with a weak move after a successful block.

Those more exuberant moves have some of the same visual flair the game has everywhere else and can accentuate a big hit or a well-timed parry. It makes the game more exciting to watch and, again, shows how prevalent its style is throughout the game. It’s also trying to appeal to more casual audiences with its “modern” control scheme that simplifies the whole array of inputs. Cutting down on complicated commands is a great way to get more players in, however there’s no intermediate option with Mortal Kombat-esque inputs that bridges the two systems, which is a missed opportunity.

Regardless, Street Fighter 6 is still in an incredible spot. The game has a confidence that the last title didn’t have and early impressions show that that confidence is justified. It has a lot to prove, but Street Fighter 6 might be the comeback punch the series needs. Annualization is rarely great for a gaming franchise, as evidenced by the Mega Man Battle Network games. These action strategy games did get some improvements over time, but the yearly schedule and Pokémon-like dual releases diluted the great series by flooding the market. Mega Man Battle Network Legacy Collection, a two-part bundle with the six games (10 total with the different versions), benefits from being separated from that crowded calendar since the distance from their original launches means they can feel a little fresher now. And, judging by the opening areas, they do, thanks to the solid core gameplay.

Its combat seems to have held up the best. Choosing card-like chips while also battling on a grid in real-time is a solid blend of strategy and action since it requires both fast reflexes and careful planning. It doesn’t overly lean on one style and is able to bounce between the two quite well with an overall tempo that is still quite unique. One Step From Eden was a good reminder of how this genre could succeed if done properly on modern systems, but this collection has the capability to remind players of the Mega Man games that inspired that 2020 title with its timeless gameplay.

The Battle Network games were rather lengthy, so it’s not clear if they will hold up all the way through in all six games, especially since they had some sizable difficulty spikes and brutal, luck-based completion requirements. It might also be harder to grapple with its random encounters and lack of autosaving, which could be annoying during missions as those have fallen out of favor in recent times. Capcom has not added contemporary settings to smooth over these possibly dated parts, meaning they’ll have to stand on the same merits they had back during their original releases. Small features like this would be appreciated, but it’s not yet known how hard their absence will be felt.

Capcom has, however, added some extras to the bundle. Players can take a look at a heap of concept art, listen to tunes, and scour through other goodies that Capcom wasn’t speaking about just yet. There are also a few visual options, letting players stretch the game screen to fill up most of the monitor to something that shrinks it so it takes up a hilariously small portion of the screen. The graphics can also be smoothed over and while this filter may look unnatural to those with experience in these games, it can be turned off and ignored, letting players soak in the jagged edges and pixel art. Mega Man himself can even speak to the player on the home screen and while it’s meant to emulate his hints in the series, his benign input is rather meaningless. It’s not the most extensive collection of bonus content, but it seems to all be put together well and offer just enough. Online play and chip trading are also excellent additions, but those have yet to be tested.

Putting all of an annualized series in a pair of bundles (or one big bundle) might simultaneously show how repetitive the Battle Network games could be when lined up in such a manner and the primitive nature of the first game when compared to the last one. But it’s also got a gameplay loop worth revisiting since it’s still a unique mashup of genres almost two decades later, something this collection seems poised to show off. 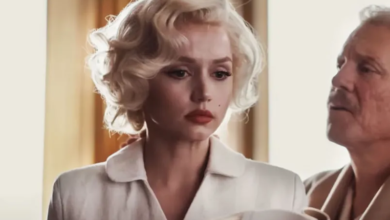 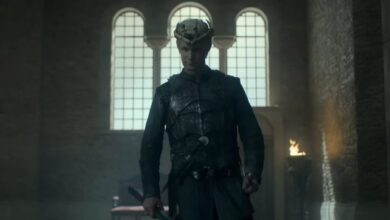 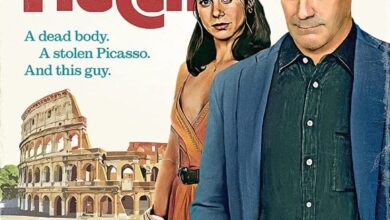