The book follows the first two volumes in the series — “America” and “Freedom.”

Mick joins the Paris student street battles, then returns to the US to work in Kennedy’s presidential campaign. Daisy leaves Stanford to work, also in Bobby’s campaign. Troy faces increasing dangers as the Vietnam War widens into Cambodia and Laos. American astronauts land on the moon and safely return to earth. Tara and her band shine at Woodstock. And the My Lai massacre is revealed, further darkening the tragedy in Vietnam, as America teeters on the edge of revolution.

The Miami Times calls “REVOLUTION” “a testament to the effect the politics and moral revolution have had on America.”

Kirkus calls it “an evocative novel of the 1960s that hits just the right tone.”

Mike Bond has been called “master of the existential thriller” by BBC, “one of America’s best thriller writers” by Culture Buzz, and “one of the 21st century’s most exciting authors” by the Washington Times. He is a best-selling novelist, war and human rights journalist and environmental activist. He has covered guerrilla wars, death squads and military dictatorships in Latin America and Africa, Islamic terrorism in the Middle East and ivory poaching and other environmental battles in East Africa and Asia.

His critically acclaimed novels take the reader into intense situations in the world’s most perilous places, into wars, revolutions, dangerous love affairs and political and corporate conspiracies, making “readers sweat with [their] relentless pace.” (Kirkus) and drawing them “into a land and a time I had not known, but left me with my senses reeling.” (NetGalley Reviews)

His books have been named among the best of the year by reviewers and readers alike. He speaks multiple languages, has climbed and trekked over 50,000 miles on every continent from the Antarctic to Siberia and is at home in some of the most primitive and dangerous places on the planet.

Learn more about Mike Bond at mikebondbooks.com and purchase “REVOLUTION” at https://amzn.to/3aLuXqe.

BookBites is presented by BookTrib.com.

Robinhood adds USDC as the first stablecoin in its crypto lineup, while Binance and WazirX exchanges say they will delist USDC in favor of other stablecoins (Michael Bellusci/CoinDesk) 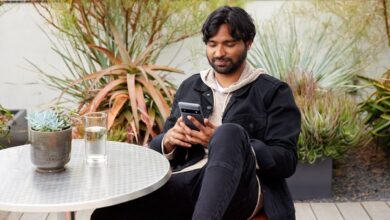