Over the weekend, a US drone fired a Hellfire missile that assassinated Ayman al-Zawahiri, the leader of al-Qaeda who had served as one of the strategists behind the terrorist group’s targeting of American civilians worldwide. The strike, which the US says killed no civilians, was months in the planning.

It was the first known US strike in Afghanistan since August 2021, when a drone fired a missile that killed 10 civilians, including aid worker Zemari Ahmadi and his seven children.

The two strikes cannot be separated. Together they represent the arc of the war on terrorism and its enduring risks. The US has so depleted al-Qaeda’s leadership that the terrorist network is a different, and weaker, organization than it was two decades ago. But in the process, the US killed more than 900 civilians in 14,040 confirmed drone strikes in the 2010s, and an estimated 47,245 Afghan civilians were killed in the last two decades of war.

So it must be asked: Is it worth killing a family every so often to get a Zawahiri, or an Osama bin Laden, every couple years?

In remarks to the nation on Monday, President Joe Biden signaled that the war on terrorism will continue. “We make it clear again tonight that no matter how long it takes, no matter where you hide, if you are a threat to our people, the United States will find you and take you out,” he said.

The legal authorization from 2001 used to justify a generation of deaths in drone strikes remains active. And while the Biden administration has significantly reduced drone strikes compared to Barack Obama and Donald Trump’s terms, it does continue to launch attacks on Iraq, Somalia, and Syria. The US isn’t sending hundreds of thousands of troops into Afghanistan anymore. But it maintains a base in Qatar to conduct what it calls “over the horizon” operations in Afghanistan as needed, and has small troop presences in a number of other countries.

Biden as a candidate had pledged to end endless wars, and indeed he withdrew the US military from Afghanistan last year. But ending the war on terrorism would mean taking away the capabilities of the legal framework and drone-war architecture to ensure that a returned President Donald Trump, or a future Trump-like leader, won’t accelerate the program without oversight.

If the war on terrorism, as Biden suggests, will continue, it will not be “won,” just as George W. Bush’s freedom agenda for the Middle East never won hearts and minds. The way to win the war on terrorism is to simply end it — and this week is as good of a time as any.

Is the war on terrorism over now?

After the September 11, 2001, attacks in the US, Congress passed an authorization for the use of military force (AUMF) that allowed the president to deploy the “United States Armed Forces against those responsible for the recent attacks launched against the United States.” For national security experts who have been advocating for the sunset of the authorization, Biden’s killing of Zawahiri is a natural bookend, though they had been pushing for a repeal of the AUMF long before this strike.

Does this mean we can declare an end to the War on Terror? https://t.co/fuNY1rBS0Z

That AUMF has been interpreted broadly, to go after affiliated forces of al-Qaeda around the world that may not pose a direct threat to the US homeland. In recent years, it has been the basis for US military activity in 85 countries. Its existence gives the president powers to launch strikes without seeking Congress’s approval. With those powers, four subsequent US presidents have hollowed out the leading players of al-Qaeda and other related groups in targeted killings — and killed countless civilians.

Zawahiri was a legitimate target under that AUMF, but he was also the last major planner of the September 11 attacks at large, making this a moment to end the AUMF. “This is sort of closing the chapter on that authority’s relevance by its own terms,” said Katherine Ebright, a counsel at the Brennan Center for Justice. “It’s really exhausted the purpose of that authority.”

The death of Zawahiri, in a way, suggests that the era of fighting rogue nonstate actors has faded with a new focus on US conflicts with great powers like China and Russia. “The reality is that the United States has decided that terrorism, as many have argued for decades, is a threat to be managed, not a threat that is all-consuming the way it was in the post-9/11 years,” Karen Greenberg, director of Fordham School of Law’s national security center, told me. “But that doesn’t answer other questions about the use of the strike, and how we’re going to use it going forward.” According to Greenberg, the use of the AUMF was dubious before this, and ought to be closed out.

Many progressive members of Congress have pushed to end the AUMF, and now there is talk of replacing it with something narrower. In the meantime it could be continued to justify Zawahiri’s killing — or a target that ends up being a family with no relevance. The AUMF is the US domestic legal basis for the drone strike, but Samuel Moyn, a Yale law professor and author of Humane: How the United States Abandoned Peace and Reinvented War, said it also may have violated international law, given that experts think it’s unlikely that Afghanistan’s Taliban government had consented to the strike.

There are global implications to maintaining these powers. Moyn is concerned that the Biden administration is reserving the “ill-gotten right” to hunt down terrorists indefinitely, in a way that is illegal under international law. “The normalization of targeted killings, which is the killing of people off hot battlefields, is the single most sinister thing,” he told me. “The US has normalized it and claimed it’s legal. That means any other state, like Russia poisoning people, can claim it’s just acting in self-defense.”

It can lead to what the Israeli military has called “mowing the grass”: a tactic of conducting semi-regular attacks on alleged terrorist cells — in their case, in Gaza — to take out leaders and new militant groups, killing noncombatants and destroying civilian infrastructure in the process. But mowing the lawn almost by definition does not address the root causes of terrorism. The grass grows back, endlessly.

The repercussions of an enduring war on terrorism

Al-Qaeda now is a weakened version of itself, but in a troubling aspect of Biden’s remarks, he suggested that the US sees al-Qaeda as remaining a legitimate combatant, on the same plane as a superpower in an ongoing war. Biden said he “authorized a precision strike that would remove him from the battlefield once and for all.” By saying that Zawahiri was on the “battlefield,” Biden, perhaps inadvertently, provided al-Qaeda with a symbolic, propaganda win for a group with less and less power to threaten the US.

Left unaddressed by Biden were the political and socioeconomic conditions in Afghanistan and several other countries in the broader region, which haven’t improved — and in some cases have been worsened by the US’s two-decade war on terrorism.

Those conditions have consequences. The Guardian has detailed “the torture trail to September 11.” Zawahiri grew up in Cairo and joined a terrorist group as a teenager. He was caught up in a dragnet after the 1981 assassination of Egyptian President Anwar Sadat, for which a terrorist group that Zawahiri was affiliated with claimed responsibility. One question that remains is whether his time in an Egyptian prison and the torture that Zawahiri reportedly experienced contributed to his further radicalization.

Today, tens of thousands of political prisoners are in Egyptian prisons, and Egyptian President Abdel Fattah el-Sisi has cracked down on the Muslim Brotherhood political operatives and anyone vaguely connected to them, with harsh mass trials, mass executions, and reportedly widespread torture in prisons.

These are the very circumstances that can help lead to a new generation of Zawahiris.

There are other conditions, too, that perpetuate the growth of groups like al-Qaeda. Longtime Middle East journalist Rami Khouri says that even without Zawahiri, it’s inevitable that terrorist groups will splinter and regroup due to deeper societal issues left unaddressed. “The problem is you have millions and millions, tens or hundreds of millions, of people living in unacceptable conditions of poverty, of destitution, of authoritarian governments, and they have no hope,” he told Al-Jazeera. “The people who suffer from these groups [like al-Qaeda] are the people of the Middle East, and South Asia, and Africa.”

For Arash Azizzada, an Afghan American filmmaker who co-founded the progressive advocacy group Afghans for a Better Tomorrow, the drone strike is a sign that America is trapped in a cycle of continuous counterterrorism that ignores the people of Afghanistan.

Here is our statement in response to the latest reports of a US drone strike in Kabul, Afghanistan. We will continue to monitor the situation.

As always, we condemn the use of military drone strikes in Afghanistan and beyond.#EndDroneStrikes pic.twitter.com/drJ9P3UEGr

“Americans should realize that there’s a cost to continuing to engage in the war on terror,” he told me. “After years of heavy-handed American occupation and involvement — it just spent 20 years investing in a place like Afghanistan, and the country is worse off than it was in 2001.”

Since the US withdrawal and the ascendance of the Taliban government, the country has been grappling with famine conditions and a financial crisis that is exacerbated by the US freezing of assets in Afghanistan’s central bank.

As Azizzada told me, “America and the Biden administration can and must do more to alleviate the pain and suffering in a place like Afghanistan.” 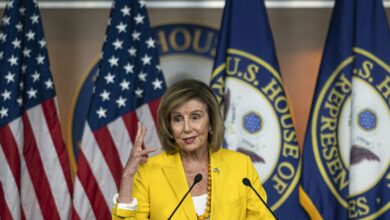 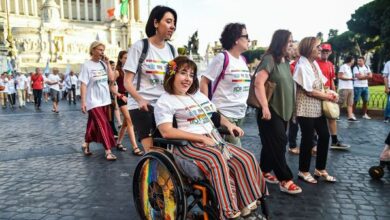 How to talk about disability sensitively and avoid ableist tropes 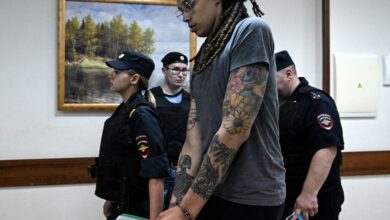 How can the US bring Brittney Griner home? 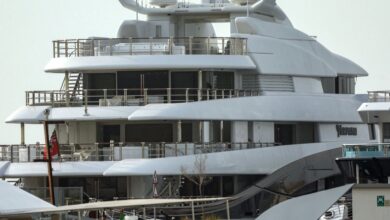 Where in the world are Russians going to avoid sanctions?