That trend was revealed in a recent review of data from between 2016 and 2020 showing that 10 percent of emergency department visits among women of reproductive age were pregnancy-related.

That’s more than twice the proportion of women estimated to be pregnant at any given time in North Carolina.

Anna Waller, a research professor in UNC’s Department of Emergency Medicine, has been involved with North Carolina’s emergency department public health surveillance system since its inception as a pilot project in 1999. It’s since evolved into NC DETECT, a statewide database showing and tracking real-time data for nearly every hospital in the state.

Each year, hundreds of clinicians and researchers pore over the information in the database to study trends in care. It’s been used to examine emergency department visits related to everything from firearm injury to elderly falls to motor vehicle crashes.

For the first time, the data is now being used to examine pregnancy-related visits to emergency departments.

“That is an area that no one had ever dug into before,” Waller, principal investigator for NC DETECT, said.

“It was higher than we expected,” Liz Mueller, a UNC Chapel Hill medical student involved with the research, said.

The question the researchers have is why is this happening. They’re wondering if it’s an issue with too few clinics, too little insurance or something else that’s not yet clear. But it’s a concern, given North Carolina’s higher than average infant and maternal mortality rates.

To find this utilization rate, Mueller and Rachel Urrutia, an assistant professor in the Department of Obstetrics and Gynecology at UNC Chapel Hill, first narrowed the data over the five-year period to look specifically at emergency department visits among females of reproductive age — those between 15 and 44 years old. They also isolated pregnancy-related visits by diagnosis codes that indicated the patient was either pregnant or recently pregnant.

After applying for access to the NC DETECT database, which belongs to the state Division of Public Health, the UNC researchers received access last July.

The data is de-identified but remains a wealth of information as all emergency departments in North Carolina — except for those managed by the military, such as Womack Army Medical Center on Ft. Bragg and the hospital on Cherokee lands in western North Carolina — are required to submit data to the state for public health surveillance.

They found that during that five-year period, there were more than 5.5 million emergency department visits for women of reproductive age in North Carolina. The proportion of pregnancy-related visits ticked up each year, starting at 8.6 percent in 2016 and growing to 10.8 percent in 2020.

Disparities in visits by ethnicity and insurance payer were not surprising given known disparities in access to high-quality prenatal care, Mueller said.

Urrutia said the “gold standard” for prenatal care is 14 appointments with an obstetrician or a midwife starting in the first trimester of pregnancy. But Urrutia realizes a significant number of people don’t get adequate prenatal care, which she said could be contributing to the high volume of pregnancy-related emergency department visits.

In 2020, about 1 in 13 infants were born to a woman receiving late or no prenatal care in North Carolina, according to March of Dimes. Based on the latest data available from 2020, North Carolina has the eighth highest infant mortality rate among all states in the U.S. at 6.9 deaths per 1,000 live births. Black infants are 2.5 times more likely to die than white infants.

Additionally, the United States has the worst maternal mortality rate among developed nations and North Carolina’s maternal mortality is higher than the national average at 21.9 deaths per 100,000 live births in 2019. There is a significant racial disparity as Black mothers are 2.9 times more likely to die from pregnancy-related issues than white mothers, according to 2019 data from America’s Health Rankings.

Prenatal care promotes healthy pregnancies and birth outcomes. Regular checkups help expectant mothers avoid or treat pregnancy complications such as infections and gestational diabetes. The visits also provide the opportunity for expectant mothers to talk with health professionals about their questions and concerns.

Barriers to obtaining regular prenatal care include not having health insurance coverage or transportation and negative perceptions — even fear — of health care providers, Urrutia said. Black and Hispanic women are at a higher risk of starting prenatal care later than white women.

Right now, the findings, which Mueller presented at an American College of Preventive Medicine conference in June, only scratch the surface of what the data can tell them. They have deeper analysis underway.

They are currently examining what portion of pregnancy-related emergency department visits are turning into hospital admissions.

“That’ll be interesting to see because we’ll have a better idea of whether patients were just using the ED because they had nothing else or because they actually really needed that care,” Urrutia said.

The results could indicate gaps in prenatal care that could be putting mother and baby at risk. Non-urgent emergency department usage may represent care that would be better provided by an obstetric provider in an outpatient clinic or office.

The data can also be localized to monitor trends in specific regions in counties. Urrutia said a spike in pregnancy-related visits in one or two specific emergency departments could be investigated to see if a prenatal clinic closed in the area or if another cause is contributing to the rise.

The researchers are also exploring the most common reasons patients use emergency departments, something that could help explain why so many pregnant people are headed to the ER. That information could help policymakers and health systems in North Carolina prioritize interventions that are most likely to promote maternal health such as greater education.

“We don’t have that analysis yet, but I think that would help make more of a clear picture of what is the state of pregnancy-related care in emergency rooms in North Carolina” Mueller said.

Waller said she’s happy to see that the emergency department visit data is being used to uncover and address problems in care delivery.

“There’s no point in doing all this work to build a data system that no one’s using,” she said. “We want to see the data used and used well, and this study is a very good example of that.”

In last year’s budget, the General Assembly passed a provision extending postpartum Medicaid from 60 days after birth to 12 months — a change that came into place this April. However, this research may indicate a need for greater prenatal care access.

The post Why are so many pregnant women heading to the emergency department? appeared first on North Carolina Health News. 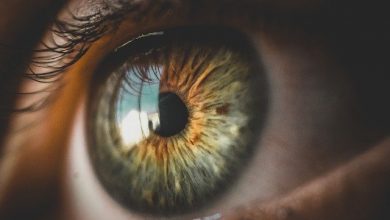