The new leader will be announced on September 5.

The United Kingdom is one step closer to getting a new prime minister.

Members of the Conservative Party will decide between Rishi Sunak, former the chancellor of the exchequer (fancy name for finance minister) who helped kick off the Cabinet rebellion against Johnson that prompted his resignation; and Liz Truss, the foreign secretary. Sunak is expected; he had led voting among members of Parliament throughout all the early rounds of voting. But Truss edged out Penny Mordaunt, another minister who had dogged Sunak in earlier voting rounds among their fellow members of parliament and who had a lot of grassroots support from the party throughout the race.

Both Sunak and Truss will have to convince the Conservative Party that they are up to tackling the mounting challenges facing the United Kingdom: inflation and the cost of living crisis, war in Ukraine and its economic fallout, and the still-loose ends of Brexit. And the next leader will need to rehabilitate a Conservative party that’s now struggling with potential voters, and define the party away from the controversies and dramas of the Johnson government.

The last time the Conservatives did this, in 2019, Johnson was the obvious frontrunner, and the contest was all about Brexit. In 2022, the leadership contest is a lot less straightforward. Both Sunak and Truss served in Johnson’s Cabinet, and so neither represents a completely clean break with Johnson. Both will likely try to use the others’ records in and out of government against the other — Truss on Sunak’s handling of the economy, Sunak on Truss’s lack of experience handling the economy, for example. But the candidate who emerges is likely to be the one the Conservative Party thinks is most likely to help them win, again.

The two finalists were always seen as possible successors to Johnson. Now they’ll fight for the chance.

The next UK prime minister will also come from the Conservatives, or Tories, as they’re called. The actual makeup of Parliament isn’t changing — early elections can’t be ruled out, but they’re not on the table at the moment — and the Conservatives will retain their majority and control of the government. For now, the next general election isn’t happening until about spring 2024, so whoever takes over for Johnson is going to pitch themselves as the person who can best carry Conservatives to victory the next time.

But this also means the selection process is a bit exclusive — limited to Conservative MPs and dues-paying party members. Conservative MPs voted first, with a contender eliminated in each round, until two remained. Now, about 200,000 or so party members will choose between Truss and Sunak, the two finalists. The winner will be announced September 5. Johnson will stay on as prime minister until then, at which point it’s “hasta la vista, baby.”

At the start, one of the questions before the Conservatives was how much the party wanted to break with Boris Johnson and the chaos and scandals of his government. But both Sunak and Truss raised their profiles as part of Johnson’s government, which also means they’ve stuck by him through Partygate and many of Johnson’s other deceptions. (Sunak was fined alongside Johnson for violating Covid-19 pandemic rules.) Sunak eventually quit government, helping to force Johnson’s ouster. Truss did not, though she called Johnson’s resignation the right decision.

MPs’ preferences may have come down to experience, which both Sunak and Truss have — even if it comes with records that are more readily scrutinized. They each offer something a little different: Sunak will tout his economic credentials, steering the UK through the pandemic and its aftermath, and as the steady hand to guide the country through the current cost of living crisis. That comes with the potential caveat that the cost of living crisis started brewing under his watch.

Truss, as foreign secretary, will likely rely on her experience on the international stage. She has worked on negotiating post-Brexit trade deals and represented the United Kingdom during the war with Ukraine. Both Sunak and Truss are Brexit supporters (though Truss was a later convert), and Truss is one of the toughest voices on the European Union and the still-outstanding issues around Brexit.

The race is still fairly open, though Truss may have the advantage. YouGov polling among Conservative Party members released Tuesday showed Truss handily beating Sunak in a head-to-head match-up.

Rishi Sunak continues to lose his head to heads by wide margins, although he has gained ground on Mordaunt, and to a lesser extent Truss

Sunak is a former banker and a very rich guy, and that might not quite fit with the mood of the Conservative Party, which expanded its working-class base in the 2019 election that Johnson helped them sweep. It also might not fit with the mood of the country, which is facing an inflation crisis. Sunak has also resisted things like tax cuts until the country’s finances and the economy are in better shape, while Truss has promised to slash taxes — though the details of how are a little less clear.

At the same time, Sunak does represent what the Conservatives may see as their future. He is young — just 42 — and, if he prevails, he would be the first British prime minister of South Asian descent. The Conservative party has made an effort to diversify its representation in Parliament, and Sunak’s ascent is a testament to that.

No matter whether Truss or Sunak take over, either would have a monumental task ahead. The country’s current heatwave is a reminder the climate crisis isn’t going away. The UK’s inflation is at a 40-year high, and the risks of even more energy disruptions as a result of the war in Ukraine and Russian sanctions could deepen that emergency. The war in Ukraine is likely to go on, and the UK’s next leader will need to manage that response and work with allies and partners as much as possible. And things with partners aren’t so great, as the UK has threatened to blow up the Brexit deal it negotiated with the European Union, risking tensions and a possible trade war.

In the face of these challenges, the Conservatives may have bet that Johnson’s policies, without Johnson himself, may be the next best thing. 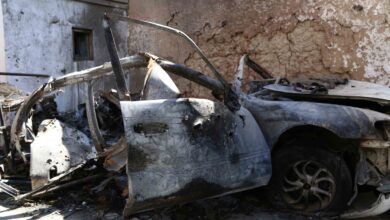 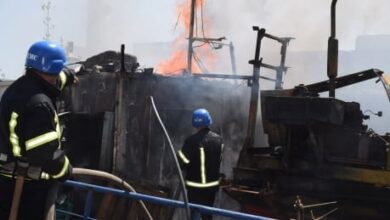 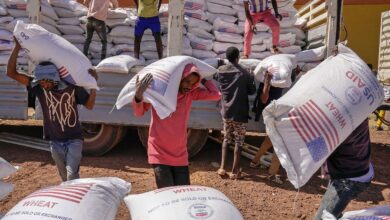 How US foreign aid could save more lives 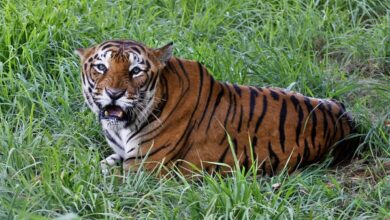 There are 40% more tigers in the world than previously estimated