The world wasn’t built for this heat.

Europe is baking under heat so extreme that it’s causing train tracks to bend and roads to buckle.

The heat wave, which brought record-breaking temperatures to the UK, France, and elsewhere in the past two weeks, is exposing a frightening reality: Much of Europe isn’t built for extreme heat, or for a climate that’s swiftly changing.

While severe heat waves, fueled by climate change, have become the new reality of summer, the extreme temperatures now rolling through Europe seem especially catastrophic. On Tuesday, temperatures in the UK broke the national record, reaching 40.3 degrees Celsius (104.5 degrees Fahrenheit), and the weather agency declared its first-ever “red warning” for exceptional heat — the highest level of weather warning possible. France, meanwhile, saw more than 100 record-breaking temperatures across the country in the last week.

“Even as a climate scientist who studies this stuff, this is scary,” said Hannah Cloke, a professor at the University of Reading who studies natural hazards. “We have had heat waves in the UK before,” she added, but the severity of the forecasted heat “is enough to kill people and animals, damage property, and hobble the economy.”

Part of the problem is that many buildings, highways, and other infrastructure in Europe are old and built with outdated temperature extremes in mind, said Mikhail Chester, an associate professor of engineering at Arizona State University. They simply can’t tolerate the new normal, he said. Hence things like railway fires in London.

Thank you to @NetworkRailSE and the London Fire Brigade for responding promptly to a lineside fire this morning and allowing services to safely resume to Victoria pic.twitter.com/9ZYibliuyF

Cities like Dubai and Phoenix, Arizona, in contrast, can withstand higher temperature extremes because their infrastructure was built more recently and with heat in mind. While these places may face issues related to water and energy usage, 100-degree weather isn’t as big of a problem for them, Chester said.

It’s important that urban planners and politicians who oversee city budgets recognize that so-called temperate places can get really hot as the climate warms. It’s not just Europe, either. Roughly 40 million Americans living around the Great Plains were under heat alerts Tuesday, and last week the Texas power grid took emergency measures to avoid heat-related blackouts.

“It’s becoming so tough to ignore the reality that stuff just isn’t working as well as it has in the past,” Chester said. “You can’t hide from this.”

Images that popped up on social media this week are a warning of what the future holds — and a stark reminder that climate adaptation is essential.

This week, soaring temperatures caused steel rails in London to expand and buckle, as temperatures on the tracks reached nearly 120°F, according to Network Rail, an organization that manages the railway infrastructure in England, Scotland, and Wales.

“For some of our track, such high temperatures are more than our track is designed to cope with,” the organization explains on its website. “The problem is that when steel rails get hot, they expand, which can cause a buckled rail.”

In a tweet Monday, Network Rail said it was painting the rails white to keep them as cool as possible during the heat wave.

We’ve found a kink in the rail at Vauxhall, London due to extreme heat.

️ The rail temperature here is over 48 degrees Celsius so we’re painting the rails white to prevent them from getting hotter.

⚠️ Only travel if absolutely necessary!

Railways aren’t only bending, but also catching fire under the extreme heat. Early last week, the network shared a photo of its tracks on fire, warning that the heat would be “a serious challenge.”

Scorching temperatures can also start to soften or warp roads. Earlier this week, a major road in Cambridge called A14 closed after it developed a large kink from the heat (you can see an image of it here).

Intense heat can even soften asphalt, Chester, the engineering professor, said. So when you drive a heavy vehicle like a garbage truck or school bus on a road during a severe heat wave, it can cause the road to “rut,” he said, or warp.

Extreme heat can also be a problem for runways (which are basically big roads). On Monday, Luton, a major airport in London, suspended flights after the heat caused a section of runway to “lift,” the airport said on Twitter. (It resumed flights later that day.)

Extreme temperatures can suck moisture out of vegetation, turning it into a tinderbox. So it’s no surprise that wildfires have erupted in recent weeks across France, Spain, and the UK, where tens of thousands of acres have burned, causing transit delays and threatening homes and buildings.

Early this week, a passenger on a train traveling through Zamora, Spain, captured a terrifying scene: Outside the window — where the train had temporarily stopped — a bright red wildfire raged near the tracks. Train services in the area were suspended for a day and a half because of the fire.

Air conditioning isn’t standard in much of Europe. Commuters felt the heat.

Air conditioning is relatively rare in most of northern Europe, especially compared to the United States. The same is true of the London Tube — only 40 percent of the train network has air conditioning, and authorities warned commuters in the British capital to carry water with them if they traveled.

As Vox’s Umair Irfan has explained, extreme heat is an immense health risk:

Extreme heat is one of the deadliest weather phenomena in the world. There are direct health effects like heat stroke, which occurs when body temperature rises to 104 degrees Fahrenheit, leading to organ failure, and heat exhaustion … But high temperatures can also worsen conditions like high blood pressure and can limit the effectiveness of certain medications.

European commuters face tough choices. They must either bear the heat and suffer, or avoid (perhaps important) travel. And they need to make that choice because the system was simply not designed for the heat.

Heat waves are a symptom of the larger problem of climate change, and the best way to safeguard our highways, railways, and buildings is to tackle the root cause by lowering greenhouse gas emissions. Climate-fueled disasters are likely to get worse before they get better.

But emissions reductions take time and money, and there are some things cities can do in the interim, Chester said. The most obvious one is to update infrastructure to reflect the reality of climate change. “We probably need to be designing well past what the minimum regulation tells us, which, by the way, is often based on historical temperatures,” he said.

In other words, architects and civil engineers should be building like it’s, say, 2060, rather than 1960.

Revamping infrastructure is expensive, so we should also be turning to other solutions to make cities more resilient, Chester said, such as green infrastructure. Planting trees, for example, could help reduce urban heat islands (though they also require water).

These solutions are clearly urgent, considering what this week has brought. The start of the summer has been a signal of what’s to come, and there are still two months left.

Europe is just the beginning. Heat waves are the new baseline, and countries around the world will have to decide quickly whether they wish to take real climate action or accept a future of extreme heat and the pain that comes with it. Neither path is easy. Only one will lead to less suffering. 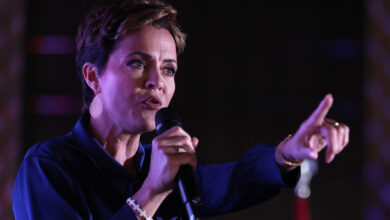 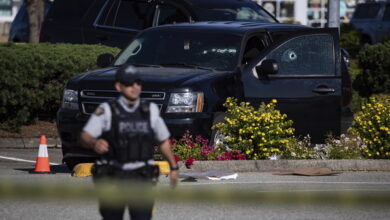 A gunman killed 2 people during a shooting rampage in a suburb of Vancouver, Canada 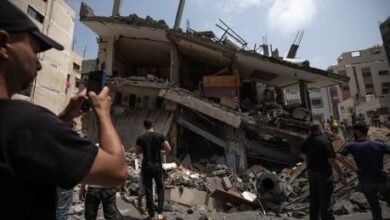 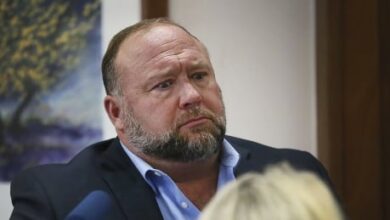