Growing nutritious food almost seems like magic. You plant a seed in the soil, add water and sun and food with the potential to sustain life grows.

But only if the soil has nutrients to support that life. Depleted soils lead to nutrient-deficient foods and yield less produce than healthy soils.

This is an important point to consider as nearly 11 percent of U.S. households are food insecure, or lack consistent access to adequate quantities of nutritious food, according to a 2020 USDA report. Additionally, Feeding America estimates that 1 in 5 children in North Carolina face hunger.

While many factors contribute to food insecurity such as affordability and access to nutritious food, degraded soils threaten to exacerbate the global food crisis. In 2020, between 720 to 811 million people went hungry, according to a report by the United Nations.

Soil degradation happens when land is stripped of trees and other vegetation, leaving the soil exposed to the elements – heat, wind, rain. Over time, the soil will dry out, leach nutrients, and erode. This will also lead to a loss of carbon dioxide (CO2) sequestration, which is the process by which trees remove CO2 from the air and store it in the soil through photosynthesis.

As summer and hurricane season start and experts forecast higher temperatures over the Southeast with more intense storms, maintaining the quality of soils will be a fundamental task for North Carolinians to keep their crops healthy and health-producing.

That means paying attention to what’s in the state’s soils.

Garbage in, garbage out

While increased amounts of atmospheric CO2 could be beneficial to certain plants such as sugar cane and Bermuda grass, it threatens to reduce the yields of many of the agricultural staples grown in North Carolina such as soybeans, corn and sweet potatoes, according to Bob Patterson, a crop sciences professor in NC State’s Department of Crop and Soil Sciences.

“If [certain crops are] growing in an environment where the temperature is high at night, and some of the precious carbon that was fixed photosynthetically in the daytime is lost from the crop[s] at night [due to respiration], it is not available for yield and quality purposes,” Patterson said.

Degraded soils can occur due to unsustainable agricultural practices, even without the impact of climate change, but climate change can accelerate soil decline, according to a 2019 special report by the Intergovernmental Panel on Climate Change (IPCC).

“The greater the amount of organic matter in the soil, the more likely that soil will be healthy in ways that increase or, maintain as fully as possible, that fraction of the total water in the soil that is plant available,” Patterson said.

Nutrient-poor soils can be improved by adding organics, which promote an environment where microorganisms such as earthworms can thrive. Earthworms improve soil drainage by burrowing down in the subsoil, which creates pockets for moisture and air to flow. They also feed on organic material such as leaves and grass clippings, for instance, and produce nutrient-rich waste that is readily available to crops.

Improving soil health is the one thing that is within a farmer’s control to mitigate the potential effects of climate change on food production.

The North Carolina Climate Risk and Resilience Plan, produced by the Department of Environmental Quality in 2020, also stresses the benefits of healthy soils on the environment.

While resources and technical support for farmers vary by country, U.S. farmers have access to experts and advice at the county, state and national levels. The USDA’s cooperative extension service is a federal, state and county-supported program to “improve the quality of people’s lives by providing research-based knowledge to strengthen the social, economic and environmental well-being of families, communities and agriculture.” In addition to county extension agents, there are nonprofit organizations that offer support services to North Carolina farmers.

Amanda Egdorf-Sand is the executive director of the NC Foundation for Soil and Water Conservation (NCFSWC), whose mission is to promote, protect and improve North Carolina soil and water resources.

“North Carolina’s largest industry is agriculture and agribusiness, and so there is a significant amount of technical and financial assistance provided to farmers through public and private funding,” Egdorf-Sand said, “to support immediate and long-term on-farm goals that ultimately sustains this strong agricultural economy.”

One practice promoted to support the organization’s water conservation efforts is no-till or conservation tillage, which is “any tillage and planting system that covers 30 percent or more of the soil surface with crop residue, after planting, to reduce soil erosion by water.”

According to Egdorf-Sand, in fiscal year 2021, farmers who participated in ACSP saved nearly 60,000 tons of topsoil. She added, “Since ACSP’s inception in 1984, the practices implemented through the program have saved nearly 8 million tons of soil.”

To till or not to till

Another nonprofit organization that provides support to farmers in the Carolinas is Carolina Farm Stewardship Association (CFSA), whose mission is to advocate, educate, and build connections to create sustainable food systems in the Carolinas centered on local and organic agriculture, according to its mission statement.

Dempsey, like the other exports, feels that, at least in the U.S., farming soils are in good shape, generally speaking. Nonetheless, he believes there are areas for improvement.

“The main thing that degrades soil organic matter is getting in there with the plow and the disk,” he said.

No-till farming is an approach that minimizes soil erosion, promotes the accumulation of organic matter, and helps soil hold onto moisture longer because it is not directly exposed to the sun and wind, for instance. While beneficial in many ways, no-till farming can be an obstacle for organic farmers.

“The no tillers of the world use herbicides and, as an organization that tries to promote alternatives to that, [it’s a] conflict for us.”

While acknowledging the dilemma that organic farmers face when weighing the pros and cons of no-till agriculture, Dempsey believes there is cause for optimism.

“But the cool and interesting thing … is that there’s been some recent research to show that, [yes], we degrade soil if we till it. But if we add back a ton of organic matter, it can bounce back pretty quickly.”

Dempsey stresses, however, that we need to produce a lot more organic matter than is currently available to improve soils on a global scale.

Cover cropping is another weapon in the fight against soil degradation.

“We want a winter cover crop on the land to protect the soil from being damaged by bad weather,” Patterson said.

At the NCSU College of Agriculture and Life Sciences Lake Wheeler Field Laboratory, which “offers nearly 1,500 acres for teaching, research and extension,” according to its website, extensive research is being done on how cover crops can improve soil health, Patterson said.

“If we protect our soil and try our best to maintain soil health … that’s the best way to address climate change issues. There is no question that climate change is affecting the health of our crops, both yield and quality.”

The post A focus on soil quality as the climate changes appeared first on North Carolina Health News. 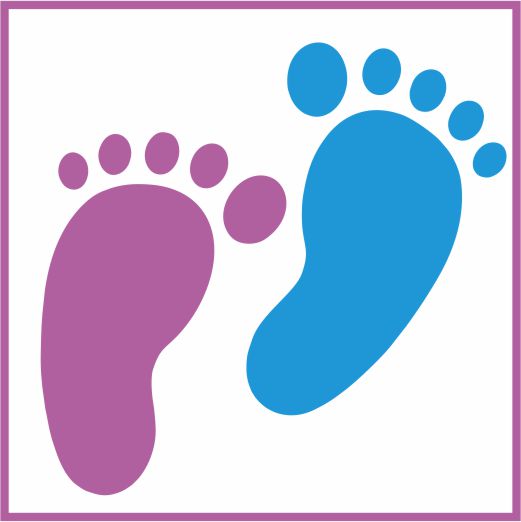 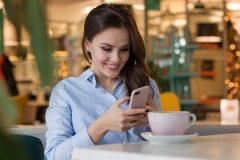 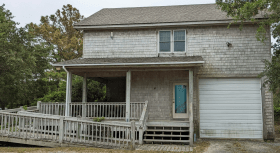 Ocracoke to get a pharmacy next year