The much-anticipated Ms. Marvel series has premiered on Disney+. The latest Marvel Cinematic Universe series consists of six episodes and follows a teenager called Kamala Khan as she discovers to have superpowers like her idols, the Avengers. The show created by Bisha K. Ali will wrap up on July 13, but the titular heroine will play a more prominent role in the MCU as she will return in the upcoming The Marvels movie debuting next year.

Let’s now see who Kamala Khan is and how she fits into the MCU.

Who Is Kamala Khan? Kamala Khan is a 16-year-old Pakistani-American student from Jersey City who fantasizes about her favorite superhero, Captain Marvel. Khan is portrayed by up-and-coming Pakistani-Canadian actress Iman Vellani, who is taking on her breakout role. The first episode explored Khan’s difficulty in fitting in at school and her complicated relationship with her parents and brother. Fortunately, she can always count on her best friend, Bruno Carrelli (Matt Lintz) and Nakia Bahadir (Yasmeen Fletcher), who always have Khan’s back.

Compared to many other Marvel superheroes, Ms. Marvel has a relatively brief publication history. In the comics, Khan was introduced in 2013’s Captain Marvel #14 before getting her solo series which debuted in February 2014. The joint effort of Sana Amanat, Stephen Wacker, G. Willow Wilson, Adrian Alphona, and Jamie McKelvie created Marvel’s first Muslim character to headline a comic book series. In addition to showcasing several clashes between the titular superheroine and villain, the Ms. Marvel comics explored Khan’s spirituality on several occasions.

What Are Ms. Marvel’s Powers? In “Generation Why,” Khan discovered that she could shoot some purple energy whenever she wore a golden bangle that her grandmother sent her. The young woman became aware of her superpowers while attending a Captain Marvel cosplay contest at the fictional AvengerCon fan convention. Blinded by the camera’s flashes, Khan lost control for a moment and caused havoc due to her uncontrolled powers. The episode didn’t pass unnoticed since the mid-credits scene showed that the Department of Damage Control was already heading to detain the New Jersey girl.

The live-action adaptation took a different path than comic books for Khan’s abilities. In the comic book realm, Ms. Marvel can grow various parts of her body and stretch to a vast extent. Her powers grant her durability and great strength, especially in the enlarged version. Still, Marvel opted to change much of the comic book backstory. Fans waiting to see giant hands and arms on Khan might be disappointed.

What do you think about the Ms. Marvel premiere? Let us know in the comments. 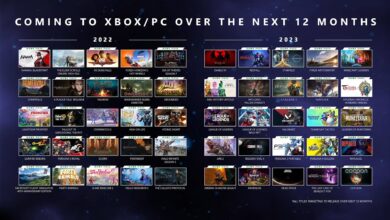 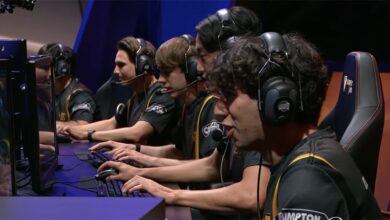 Interview: Players Co-Creators Talk About Making an Esports Mockumentary Without Punching Down