Star Wars fans don’t agree on much. The one thing that most seem to come together on, however, is the importance of continuity. Even Disney, which purged the rich and very complicated Expanded Universe upon purchasing Star Wars, is staunchly devoted to upholding a new canon with its books, shows, and video games going forward. Continuity is great, but Star Wars shouldn’t always be vehemently beholden to every part of itself, and Obi-Wan shows how loosening those restraints ever so slightly can be a net positive.

Tiny retcons likely began with Return of the Jedi following Obi-Wan Kenobi’s infamous “from a certain point of view” speech. In order to explain why Obi-Wan’s description of Luke’s father in A New Hope was inconsistent with Vader’s reveal in Empire Strikes Back, Obi-Wan basically said he wasn’t totally lying about Luke’s father being dead, because spiritually and metaphorically, Vader killed Anakin. This scene seems to have set the tone for future retcons, as single lines began to dictate canon.

Some fans online have said that Yoda’s line in Return of the Jedi about Luke being the last Jedi is an indisputable fact. This means that any Jedi characters in shows, comics, and games must either become non-Jedi or die before Yoda says that line. Rather than just discarding the quote as Yoda being unaware of others or as something written in 1983 with no thought for future spin-offs, many fans see this as a rule that all stories must follow. While Ahsoka leaving the Jedi certainly worked well with this line, it would be a shame for a character like Fallen Order’s Cal Kestis to have to either die or renounce his Jedi status prior to Empire Strikes Back in the upcoming Jedi: Survivor, regardless of whether or not it fits his ongoing story. It’s limiting to always know the end of someone’s path. The same applies to Darth Vader’s dialogue with Obi-Wan in A New Hope when Vader says “When I left you, I was but the learner. Now, I am the master.” Many saw this as confirmation that Vader and Obi-Wan couldn’t meet after Revenge of the Sith, as that was the last time Anakin was Obi-Wan’s apprentice.

But the third episode of Obi-Wan Kenobi disproves that and shows that disregarding occasional lines can lead to better stories and how interesting these divergences can be. Having Obi-Wan meet Vader and be traumatized by the encounter makes his intense reluctance to try to save Vader in the original films feel far more justified, enriching his character and the saga as a whole. Given Obi-Wan’s character in the prequels, one would think he’d want to save Anakin as Luke does. The brutal battle between the two in Obi-Wan Kenobi helps to show why he thinks Anakin is lost, and why having Luke kill Vader is the only option. That intense point of view feels justified now, and ironically enough, it makes Obi-Wan’s character more consistent

Yet if the writers were to strictly abide by that one line about leaving Obi-Wan as the learner in A New Hope, this additional depth would be impossible, and the story in Obi-Wan would be lesser as a result. The wider story of Star Wars isn’t unimportant, but that broader narrative shouldn’t handicap the smaller or more personal ones told in these kinds of shows. Obi-Wan is about the titular character’s growth, so that should take priority and this Vader encounter does prioritize that.

Star Wars has tried to bend to previous lines and it hasn’t always worked out. It became borderline comical when The Clone Wars did everything in its power to keep Anakin from meeting General Grevious over seven seasons, from knocking the Jedi unconscious when Grievous was around to having them awkwardly be in the same location but somehow never cross paths. All this was done because Anakin said “You’re shorter than I expected” to Grievous in Revenge of the Sith, implying he had never seen him in person before then. Could there have been even more unique stories if Anakin met Grievous in The Clone Wars? Possibly, but sticking to that one throwaway line means we won’t be able to find out.

Continuity shouldn’t be thrown to the wind. It plays an important part in keeping a fictional universe consistent and interesting, and it’s immensely satisfying when following along with canon pays off. But writing off single sentences as characters being unaware of the facts or lying can be beneficial to certain stories going forward. Cal’s story doesn’t have to end with death or disappearance, just as Kenobi doesn’t have to entirely avoid Vader between Revenge of the Sith and A New Hope. By focusing on strong and more immediate stories, regardless of minor contradictions in dialogue, Star Wars can continue to grow in new and exciting ways for years to come.

The post Obi-Wan Kenobi and How Strict Continuity Can Hold Star Wars Back appeared first on ComingSoon.net. 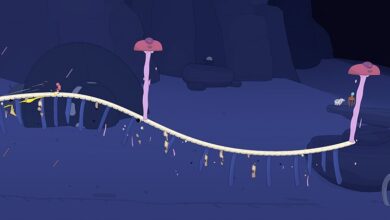