It’s finally happened: for the first time since Marvel Studios dipped its toes into Disney+ content, the events of a show are directly tied into one of its movies. Elizabeth Olsen’s Wanda Maximoff, the Scarlet Witch herself, is coming fresh off of WandaVision to join Benedict Cumberbatch’s Doctor Strange in his sequel film, Doctor Strange in the Multiverse of Madness, giving fans a taste of what can be expected for future characters weaving back and forth between the movie and series formats in the Marvel Cinematic Universe.

The advent of Disney+ has provided a new dynamic for the MCU in its post-Infinity Saga era, but not every country that gets MCU movies has the streaming service available. Therefore, things so far have appeared to be operating under the pretense that everyone watching the Disney+ shows is caught up on the movies, but not necessarily the other way around. This would presumably mean Marvel would make sure to catch viewers up on the events of the shows within the movies on a need-to-know basis, rather than operate on the basis of the shows being required viewing. This was never a guarantee until a character jump from Disney+ to the big screen (in Wanda’s case, back to the big screen) actually happened.

Doctor Strange in the Multiverse of Madness makes the odd decision of taking both options. Wanda’s storyline in the film plays out as a sequel to WandaVision, and while the movie references the show’s events, it doesn’t exactly explain them very well to the uninitiated. While the movie’s storyline can technically be followed by someone who hasn’t seen the series, a lot of the nuance and understanding of Wanda Maximoff and her children will be absent for those who missed WandaVision. In fact, it may be quite jarring for someone who last saw her in Avengers: Endgame.

The problem is the movie tries to establish Wanda’s arc from WandaVision all over again, only this time on the big screen. Basically, it’s trying to catch everyone up on Wanda’s character development that happened on the show while simultaneously proceeding as if assuming everyone has already seen it. Due to this, the delivery of this story in Multiverse of Madness is inferior to how the series does it and the fact that it’s being done in the movie at all feels like character regression. That’s quite disappointing, especially after how well the series handled Wanda’s dilemma with such nuance and care. Beyond the specifics of WandaVision’s ties to Multiverse of Madness, there are some takeaways from it that will be noteworthy as the MCU moves forward to more stories spread across both the movie and series formats. Namely, that some shows will indeed be “prerequisites” for movies, rather than just the other way around. Ms. Marvel is sure to be this for The Marvels considering the lead of that series is technically a titular character of the film. Loki could end up being one for Ant-Man and the Wasp: Quantumania due to the presence of Jonathan Majors in both projects, though it’s less likely as he will undoubtedly be playing a different, semi-unrelated version of his Loki character in Quantumania.

While Doctor Strange in the Multiverse of Madness did a flawed job at serving as a sequel to a Disney+ series while still making it work for those not having seen WandaVision, it is only the first of what is sure to be many instances of this kind of platform switching for characters. Hopefully Marvel Studios will do better with this sort of thing in the future as it continues to build both the cinematic and streaming sides of the MCU.

The post Doctor Strange 2 Is a Flawed Follow-up to Disney+’s WandaVision appeared first on ComingSoon.net. 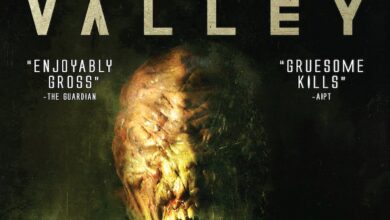 New Thor: Love and Thunder Photo Features Both Thors Together 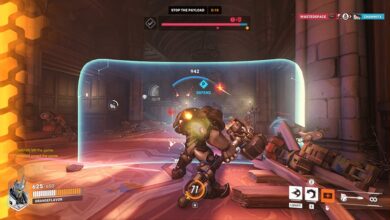 The Overwatch 2 Beta Is Fundamentally Flawed