There’s a certain charm to Jason Reitman’s Ghostbusters Afterlife that makes the supernatural sequel hard to resist, despite its flaws. The pic doesn’t have the epic scope of recent blockbusters like Dune or No Time to Die; and while it features a fair share of exciting, well-staged action sequences, the overall production carries enough sincere emotion to make even Ted Lasso blush.

RELATED: Ghostbusters: Afterlife Review: The Sequel Fans Have Been Waiting For

Yeah, we dug this ectoplasmic residue-infested blast from the past. More specifically, here’s everything we loved about Ghostbusters: Afterlife. Check out the list, then let us know what parts of the film sent you zipping around the chandelier like a full torso full roaming vapor. The characters established in Reitman’s expanded universe, led by an undeniably charming Mckenna Grace, are an assortment of plucky underdogs worth rooting for. Phoebe (Grace) is an outsider with a superiority complex who doesn’t quite fit in with her simple-minded classmates; Trevor (Finn Wolfhard) bumbles about like a lost puppy in search of a soulmate; Podcast (Logan Kim) is an overzealous loner who yearns for online prominence; Lucky (Celeste O’Connor) is the girl next door stuck between the world she knows and the one she wants to explore.

Then you have Phoebe and Trevor’s mom, Callie (Carrie Coon) struggling to make ends meet, and Mr. Grooberson (Paul Rudd), a likable nerd with a passion for science and, well, ghost busting.

Reitman devotes a majority of Afterlife’s runtime to character interplay. We really get to know everyone in the film on a personal level. So much so that when the original cast returns in the final act, their appearance feels more distracting than necessary.

In other words: bring on the sequels. Afterlife ultimately serves as a fond farewell to actor/writer Harold Ramis, who played no-nonsense, science geek Egon Spengler in 1984’s Ghostbusters and 1989’s Ghostbusters II, and who sadly passed away in 2014. Sure, the emotional beats feel a tad out-of-the-blue, particularly given the franchise’s comedic base, but as an admirer of Ramis (who directed classic films Caddyshack, National Lampoon’s Vacation, Groundhog Day, Analyze This, and the severely under-appreciated Bedazzled), I was touched by Afterlife’s affectionate sendoff to his character. Afterlife takes some time to get going and spends a good chunk of its runtime on character development, but when the kids stumble upon ghost busting equipment — namely, the legendary proton packs and rust-covered Ecto-1 — the action that follows, rendered via modern-day special FX, doesn’t disappoint. The Muncher sequence in which our plucky young heroes chase a metal-eating ghost all over town (and accrue quite the bill in the process) is the stuff of Ghostbusters fans’ dreams, while the final act offers plenty of exuberant thrills to keep viewers enthralled even as the film trips over its slavish devotion to its predecessors. The first mid-credit scene features Peter and Dana recreating the ESP Test seen at the beginning of the 1984 film. Okay, for starters, it’s great to see the two characters officially together as (presumably) a couple. Second, Sigourney Weaver looks great, and it’s a shame she didn’t figure into the plot in any way. The scene also proves Murray can take just about anything and spin it into comedy.

Speaking of which, Ghostbusters: Afterlife does tend to lean a little too heavy on the fan service — the maid sign hanging on Peter Venkman’s door in the original film even makes an appearance for cripes sake! — but not to the point where it feels distracting. Most of the homages actually fit within the context of the story, which revolves around Ivo Shandor (J.K. Simmons) and his attempts to bring Gozer into our world.

By the way, I love the idea of Egon essentially returning to the “source” to learn about and eventually try to stop Ivo, and didn’t mind when elements from the first film carried over or were echoed in Afterlife, as story beats would naturally mirror those seen in 1984.

To be honest, I didn’t even mind the little marshmallow men, either, though, I’m still at a loss as to what exactly they had to do with anything.

In this instance, here we have a film that needed to build off the love of the original classic film and establish new characters to expand the franchise with. I think the film mostly achieves its goal. I’m excited to see where Ghostbusters takes us next.

Okay, just for the sake of discussion, here are a few quibbles I had:

The post Everything We Loved About Ghostbusters: Afterlife appeared first on ComingSoon.net. 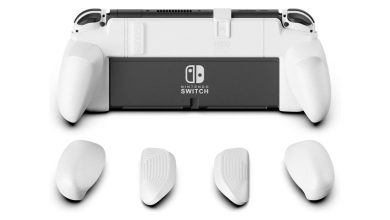 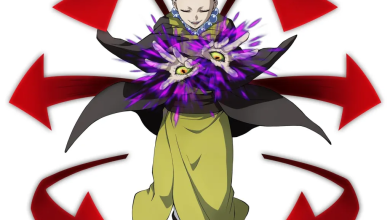