The idea behind Nickelodeon All-Star Brawl is a good one, even if it’s not all that original. Similar to Cartoon Network: Punch Time Explosion, this platform fighter brings together a smattering of cartoon characters from the childhoods of several generations and looks to replicate the party game fun of Super Smash Bros. However, the punch is rotten, the clown no-showed, and this party is one you were better off not going to.

While, despite some jokes online, it was never destined to rival competitive Super Smash Bros. Melee, All-Star Brawl makes a poor first impression and things only get worse from there. The first thing players notice upon getting into a match is that the combat feels mushy. Punches are imprecise, the movement never feels tight, and unleashing special moves is simple but unsatisfying. A lot of this comes from the audio design as the hits connecting are faint background noise compared to the repetitive stage music. Sound effects would even have more room to stick out since the game has zero voice acting; a puzzling omission that contributes to its overall dead atmosphere.

What value does SpongeBob have in a fighting game if Tom Kenny isn’t taunting players? Not much, it turns out. The special attacks reference characters’ respective shows, such as SpongeBob blowing bubbles, and feature a few memes, but they’re never deep cuts or all that clever. It falls flat when compared to the gold standard set by other crossover titles, such as the staggering amount of detail and love put into Phoenix Wright in Ultimate Marvel vs. Capcom 3, for example. The roster is another letdown. While there are 20 characters and no lineup can cover every base, nearly half of them come from three franchises (SpongeBob, Avatar, and Teenage Mutant Ninja Turtles). This winds up meaning that plenty of series are not represented at all. There are a few inspired inclusions, such as Oblina from Aaahh!!! Real Monsters and Ren & Stimpy‘s Powdered Toast Man, but it seems like a lot of the more diverse characters will have to be DLC down the line.

While Nickelodeon All-Star Brawl desperately wants to be Super Smash Bros. it lacks a lot of the technical gameplay elements that make it such a great game to play. There aren’t shields to break, the more damaging melee attacks can’t be charged up, and the actual platforming always feels sloppy. Of course, not every platform brawler needs to play like Smash, as Brawlhalla and Rivals of Aether have made their own lanes, but when a game like All-Star Brawl plays so much like it but is worse in every way, it’s impossible not to make comparisons and the missing technicalities become all the more noticeable.

All-Star Brawl can’t live up to competitive Smash Bros. play and it can’t live up to it from a party game perspective, either. The game simply doesn’t have items, which makes the battles repetitive and lack that goofy factor that plays well in a casual setting. It hurts the gameplay and its ability to pay homage to its franchises since there could have been some great references packed into those nonexistent items or assist trophies. For a game that is supposed to be a celebration of all things Nickelodeon, it’s a disappointment that there isn’t more in terms of reverence and references to what has made the channel such a widespread childhood touchstone.

The overall presentation also leaves a lot to be desired. The arcade mode prefaces matches by each character delivering a usually unfunny one-liner (although Michelangelo quoting Vanilla Ice’s “Ninja Rap” is one of those exceptions). That’s about all the personality you’ll get out of the characters. There’s no satisfying conclusion to the arcade mode or endings to unlock, and the game feels just as lifeless as its online lobbies are. The rollback netcode may give the game some competitive legs, but that potential is stunted by its previously mentioned gameplay woes. Nickelodeon All-Star Brawl is a great reminder of just how good Super Smash Bros. Ultimate is and how much polish Nintendo puts into every aspect of its titles. From sub-par presentation to characters lacking their signature personality, there isn’t a single thing that All-Star Brawl does better than the game it is imitating. For better or worse, at least PlayStation All-Stars Battle Royale tried to bring something new to the table and did justice by its properties rather than allowing kids to watch a mute SpongeBob get pummeled off the edge of the Western Air Temple.

Unfortunately, Nickelodeon All-Star Brawl is simply punching well above its class. While younger kids might get a kick out of its cast of characters (although they’ll likely be wondering who in the world Powdered Toast Man is), there are far better family titles and platform fighters than this. Most of these shows were full of life and this game fails to capture almost any of that charm through its unrewarding gameplay and cheap presentation. While F is for friends that do stuff together, those that play Nickelodeon All-Star Brawl won’t find much F.U.N. here.

As ComingSoon’s review policy explains, a score of 3 equates to “Bad.” Due to significant issues, this media feels like a chore to take in.

Disclosure: The publisher provided ComingSoon with a PlayStation 5 copy for this Nickelodeon All-Star Brawl review. 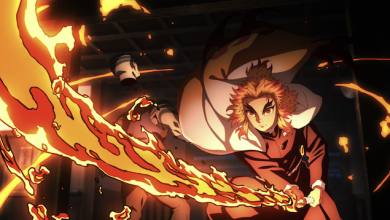 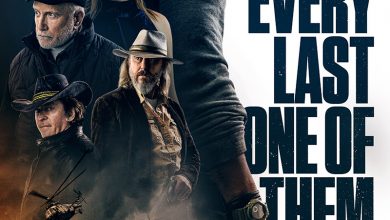 Exclusive: Every Last One of Them Clip Starring Paul Sloan in Action Flick 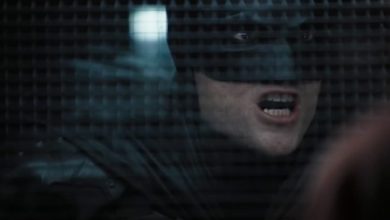